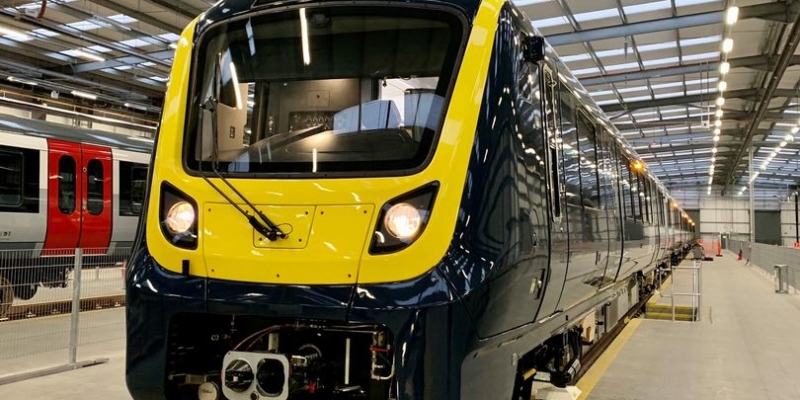 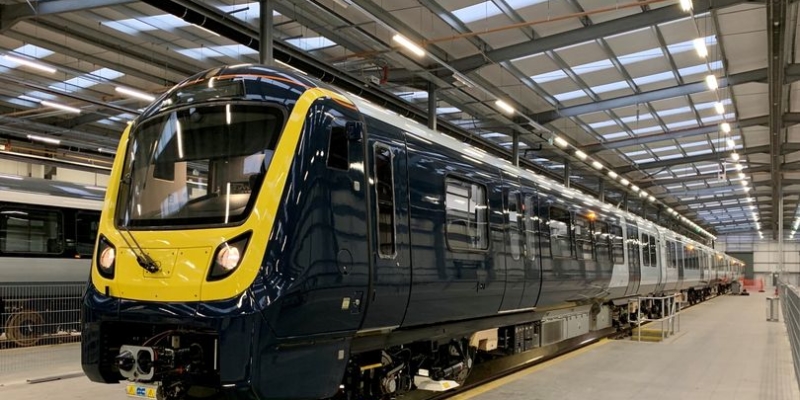 Derby’s Bombardier has finally unveiled the new train it is building for South Western Railway as part of a deal worth almost £900 million.

The firm has launched the Class 701 Aventra, a train designed, developed and now built at its Litchurch Lane factory.

The first trains are due to enter service by the middle of next year. It had been hoped that the Class 701 trains would have started on passenger routes this year – but Bombardier needed more time to complete software development.

Once in service, the new trains will operate services on the Reading, Windsor and South West London suburban lines.

According to Bombardier, testing of the South Western Railway trains is now in full swing.

One is being prepared for testing at the Velim test track in the Czech Republic, while three more are being built for testing on Bombardier’s own test facility at Derby and other locations in the UK.

Twenty carriages have been built and production will now accelerate with the commissioning this month of a second line dedicated to the South Western Railway fleet – the sixth line at Bombardier’s Litchurch Lane facility.”

The Aventra has been a big success story for Bombardier’s Derby site.

It has amassed more than four billion euros worth of orders for the train, with orders for the Elizabeth Line and London Overground nearing completion, the Greater Anglia and South Western Railway orders ramping up, and West Midlands, c2c and the Cairo Monorail orders next in line.