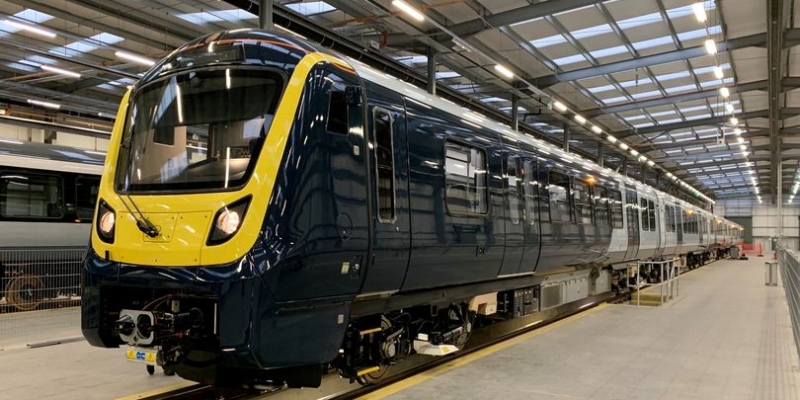 Rolling stock manufacturer Bombardier has resumed its push to recruit hundreds more staff to work at its Derby factory.

Towards the end of last year, the Canadian-owned train builder announced it would be taking on 400 extra staff as it looked to ramp up production on several major contracts in 2020. The recruitment drive was suspended in March following the coronavirus lockdown.

During the lockdown, the firm furloughed some of its staff, but after implementing safety measures, was soon able to resume operations. Production at the Litchurch Lane is back to full strength, with all six of its lines busy fulfilling orders for Greater Anglia, South Western Railway and West Midlands Trains.

All furloughed staff have returned to work and during the lockdown, the firm added an extra 100 staff to its ranks.

Bombardier said that a further 100 new recruits will join the firm this month, while another 100 are set to join in August.

The company is now looking to add even more workers following what it describes as “productive discussions” with its customers and the Government regarding mitigating the impact of Covid-19 on its delivery schedules. 100 new recruits will join this firm this month and a similar number will commence employment in August.

Looking further ahead, Bombardier is also hopeful of adding to its order book. As well as the current orders, it has submitted a bid with Hitachi to build trains for HS2. Other bids in the pipeline this year include a contract to supply new trains to Irish Rail.

“This year was always going to be busy with big orders for Greater Anglia, South Western Railway and West Midlands Trains, but Covid-19 has created a new set of challenges. including a three-week pause in production at Litchurch Lane in March/April. The safe restart of operations has gone well and we have held productive discussions with our customers and with the Government on mitigating the ongoing impact of the virus on our production and delivery. “This is allowing us to resume the recruitment we had always planned to support our production ramp-up.”