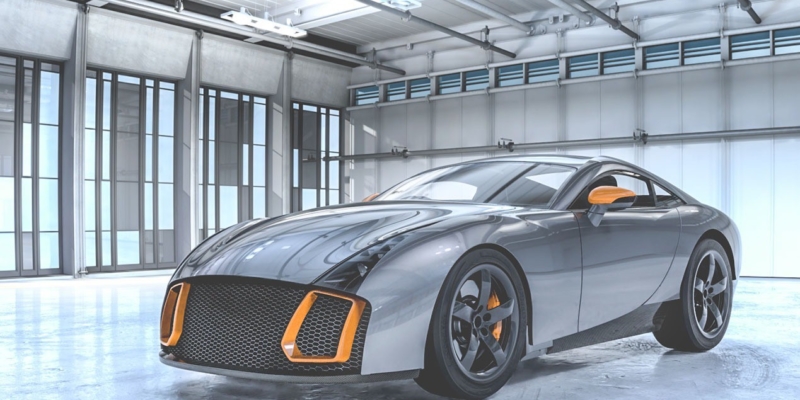 A new British-based company Mulholland Automotive, part of Mulholland Group that has been supplying Formula One and top level motorsport along with the vast majority of the world’s supercar manufacturers for more than 20 years is using its unrivalled heritage to produce a two-seater sportscar of its own.

The super-lightweight V8-powered machine has been designed and developed by Mulholland Automotive of Derby as a pure “drivers’ car” that will produce both thrilling performance and a tactile class-leading experience.

Mulholland Automotive’s owner Graham Mulholland says, the orderbooks for the Legend 480, that he believes is the true successor for TVR recipe for the 21st century, are now open.

The Legend 480 – the 480 reflecting the car’s HP power output – follows the blueprint of the classic British sportscar; front engined, rear-wheeled drive, manual transmission, 2 seater coupe engineered to be lightweight and yet beautifully and stylishly designed & sculptured.

“As one of Europe’s leading advanced component engineering manufacturers, we have been a specialist supplier to most high profile motor racing teams along with practically every premium branded niche-vehicle manufacturer which we will continue to supply,” said Mulholland, “The Legend 480 however, enables us to showcase our technology, expertise and capabilities to a much bigger global audience plus it enables us to celebrate the combustion engine before moving to emerging technology.” Which we want to help co develop. We want these new vehicles to be halo for our group activities.

In order to transform his dream into a reality, Mulholland turned to former TVR design chief and long-term friend of the Mulholland Group Damian McTagget to sketch and sculpture the Legend 480.

The car’s carbon fibre chassis and provocative sculptured lines will be developed by Mulholland Composites, using the exact processes developed and used to produce F1 and GT racers alike. The Legend 480 will be built at Mulholland Group’s state-of-the-art factory in Derby.