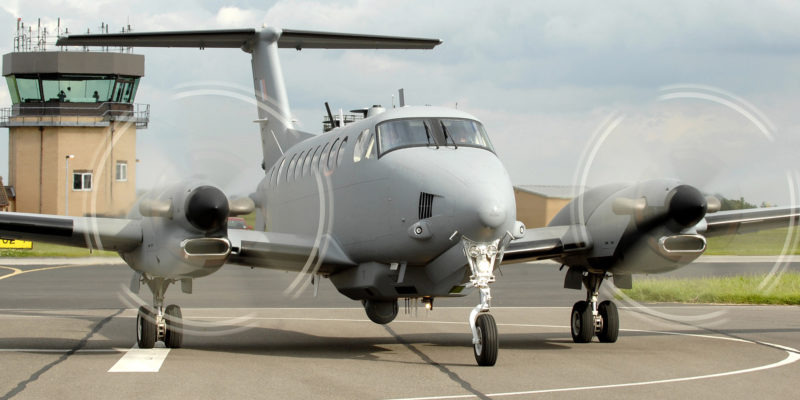 Defence Minister Stuart Andrew has proclaimed that the Ministry of Defence (MOD) has signed a £250million deal supporting the RAF’s new Shadow programme and aircraft fleet, which is set to create more than 450 jobs. The 11-year contract will secure 200 jobs at Raytheon’s intelligence and surveillance hub in Broughton when work begins in April.

The Shadow programme, which adds a comprehensive intelligence gathering capability to ISTAR force. Shadows output is particularly valuable to ground commanders, flown by 14 Squadron RAF, has been on operations above battlefields including Iraq and Afghanistan.

The new contract with Raytheon is set to sustain 200 jobs at Broughton, North Wales and hundreds more across the UK supply chain, creating a positive impact on the economy with over 450 secure roles within the industry.

Defence Minister Stuart Andrew said “This £250 million investment will ensure the UK retains its position as a global leader in battlefield intelligence gathering for UK troops and our NATO allies. It is also great news for the economy through the safeguarding of 450 skilled jobs across the country, including 200 in North Wales, confirming the region as a UK centre of excellence for air support.”

We are safeguarding and creating skilled aerospace jobs in the UK and strengthening the local economy,” said Richard Daniel, chief executive and managing director of Raytheon UK.

DE&S Chief Executive Officer Sir Simon Bollom said: DE&S is proud to continue to work with our partners across industry to deliver world-class support to the RAF’s Shadow fleet. The continuing investment in support safeguards jobs and expertise which will provide safe and available aircraft in support of UK troops.

The quarter of a billion contract is not only safeguarding jobs but also ensuring that the UK keeps its position as a global leader in battlefield intelligence gathering for UK troops and NATO allies.