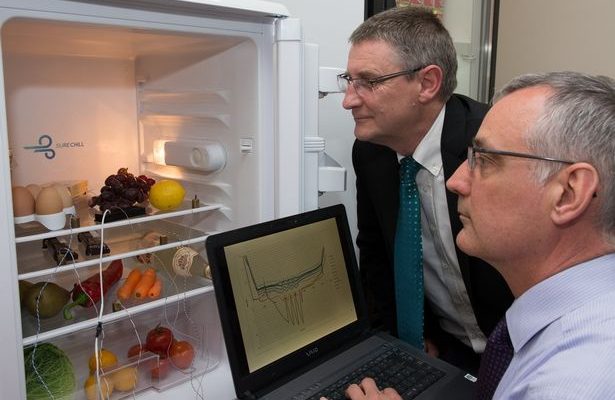 Cooling tech firm Sure Chill has secured a £4m investment.

Sure Chill announced its latest financial milestone after securing the investment from investor and brand builder The Garage Soho and Africa-focused capital manager, Novastar Ventures.

After receiving the first contract for its cooling technology from UNICEF in Africa in 2011, Sure Chill has successfully exported to 49 countries as recognised by the recent Board of Trade award presented by MP Dr Liam Fox, Secretary of State for International Trade.

The company was one of three firms from Wales to be listed in the Sunday Times WorldFirst SME Export Track 100 league table, which ranks Britain’s small and medium-sized private companies with the fastest-growing international sales.

The Sure Chill technology harnesses a unique property of water to enable continuous cooling from inconsistent power and is the only company to use this type of technology. The technology can keep on cooling refrigerators for days when the power goes out.

The latest investment – which brings Sure Chill’s total fundraising to more than £10m – will be used to accelerate the development of other applications for the patented technology. Peter Saunders OBE, serial entrepreneur and investor remains the largest shareholder.

The investment will be used in a bid to take the company to the next level.

After proving the success of its technology through vaccine refrigeration in both on- and off-grid locations, Sure Chill has received increasing interest from some of the world’s largest brands looking to make use of its unique cooling technology in other major commercial sectors.

Sure Chill’s turnover last year was £3m and the company has ambitious plans to grow significantly. The company has already doubled its team size in the past three months and has team members in China, USA and the UAE.

Investor The Garage Soho which focuses on building global brands has invested £2m in Sure Chill – the first investment of this kind in its portfolio – after seeing the potential to grow the company into a global brand. It says it was attracted by how Sure Chill is disrupting the refrigeration market and interested in its social impact.

The Garage Soho’s co-founder, Sir John Hegarty, who was a founding partner of Saatchi and Saatchi and the founder of Bartle Bogle Hegarty, helped to set up the company following a career in global advertising, which saw him awarded a Knighthood by the Queen in 2007.

M Hegarty said: “It’s rare to find such an innovative technology that will have such a profound impact on the well-being of the planet.”

Andrew Carruthers, co-founder of Novastar said: “We were initially attracted to Sure Chill after seeing the impact its cooling technology has already had through the safe storage of life-saving vaccinations across some of the most remote places in Africa and the plans that the company have for deploying this technology into products serving the mass consumer markets.

We’re a business that has the potential to make a huge difference to the daily lives of the vast populations in Africa and other emerging markets with no access to cooling products, as well as representing a great commercial opportunity.

Nigel Saunders, CEO of Sure Chill, said that cooling is a foundation of modern society, but many methods available for cooling are not fit for today’s world. He explained the technology behind Sure Chill is unique as it stores energy naturally and enables cooling devices like refrigerators to keep on cooling when the power goes out.

“Sure Chill is fundamentally a big idea which can improve lives for billions in developing countries whilst also helping people and businesses in developed countries to time-shift energy and reduce energy costs. The tech is scalable from cool box to refrigerator to warehouse,” said Mr Saunders.

“We are delighted to welcome two significant investors to join our ever-growing story. Both bring a particular skill set and experience to the company which is complementary. The funds will ensure we take the business to the next phase by successfully entering new markets and making Sure Chill a global brand.”