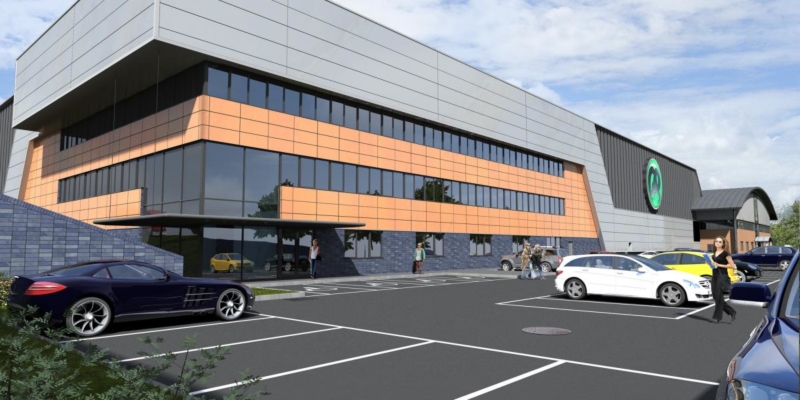 The firm has already created 182 new posts in Blackburn since 2015 bringing its workforce in the town up to 390 out of 850 nationwide.

Mr Greensmith’s announcement comes after the firm secured an agreement with Blackburn with Darwen Council to buy the 4.6 acres of land on Partnership Way long-earmarked for the development outright.

Cllr John Slater, leader of the council Conservative group, said: “This is good news, showing how well the local economy is doing.”

Work on the 105,000 square foot factory will start within two years and take nine months and the installation of new machinery another six.

Mr Greensmith, who founded the company with partner Simon Bird in Accrington in 1993, said: “I am excited to breathe new life into this development, our biggest-ever investment. It is ambitious and fulfils our dream of having the most advanced plastic building products factory in the country.

“It will be in addition to our existing premises where we have created 182 jobs in the last four years. The building will cost £10m and the machinery inside £20m.

“It will create 75 new jobs. It will make the whole range of exterior plastic products for the building industry including doors, windows, gutters, pipes and cladding. This investment will be the springboard for further expansion. We are committed to Blackburn.”

GAP one of the UK’s two largest manufacturers of PVC-U building products including the Rockdoor, Homeline and Homeframe brands. Some 10,000 of its doors are in homes across Blackburn.