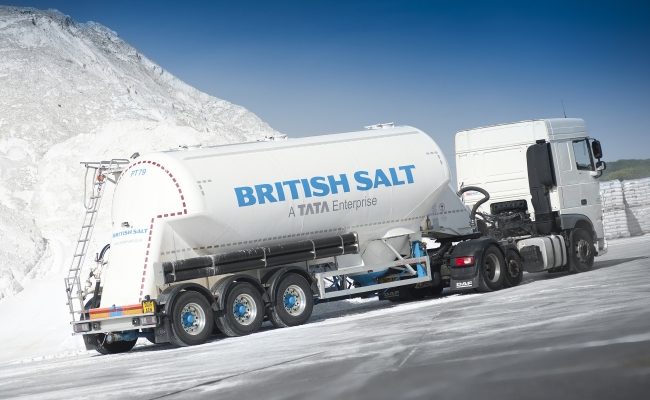 British Salt has unveiled a series of ground-breaking projects in its 50th anniversary year, including a £7.2m investment in a new, best-in-class energy efficient boiler plant at its Cheshire-based Middlewich site, designed to generate heat and electricity for the company’s 24-hour production process.

The new British Salt boiler plant represents the largest single investment in the company since its inception. Scheduled to become operational in March 2020 it will be key to the success of a secure energy supply for British Salt.

Replacing the existing boilers installed back in 1969 when HRH Prince Philip officially opened the Middlewich site, the two new high-performance natural gas boilers will be to state of the art design to deliver the highest possible energy efficiency as well as meet the most stringent environmental standards. The new boilers will be housed in a purpose-designed building.

The major boiler plant project brings parent company Tata Chemicals Europe’s total investment in British Salt to £25m since 2015. It comes hot on the heels of a series of high-profile investments carried out throughout 2018 at British Salt to ensure that the company offers a comprehensive portfolio of 21st century-relevant high purity salt products for the long term.

Projects delivered in 2018 included the commissioning of British Salt’s first new brine borehole in over 5 years, at its Warmingham brine fields and the replacement of one of British Salt’s 37-tonne evaporation plant heat exchanger that’s key to the plant’s six-stage evaporation process. Replacement of the heat exchangers is carried out every 30 years or so and it is a major and complex project.

Transforming the speed and quality of its packing operations, British Salt installed a new state-of-the-art high-speed pure dried vacuum (PDV) pack line in 2018. Alongside this, it also upgraded the packing facilities for its water treatment products.

The company has recently completed the fourth year in a five-year £5m investment programme designed to upgrade its brine purification plant, which plays a crucial role in ensuring that the salt is of the highest quality.

Ladan Iravanian, General Manager, Salt & Sodium Bicarbonate at Tata Chemicals Europe, said: “Our 50th anniversary year heralds a major milestone in our future-proofing plant investment initiative. Undoubtedly 2018 was an exceptionally busy year for our business, as we continued to invest millions of pounds in our facilities to ensure that we’re in great shape to deliver for our customers over the next fifty years and beyond. However, 2019 will see further, unprecedented high-profile investment in the site and its people.

Our Cheshire salt reserves will last for the next 300 years – so we have a strong resource base upon which to build a sustainable future. Looking ahead to the future at British Salt, we’ve also made great strides in terms of new product development. We’ve continued to innovate and meet the demands of the market by introducing new products, such as: High Purity Technical Salt: aimed at several high-end technical applications such as textile production; De-icing Salt: produced by compacting our PDV salt to form granules and Tata Salt: one of the world’s most recognised brands of consumer salt. Our salt is also fortified with iodine, an essential nutrient which plays an important part in everyday wellbeing.

The next phase of the British Salt pack line investment is scheduled for completion before the end of our golden anniversary year, along with the implementation of the final phase of the brine purification plant renewal. This unprecedented level of investment demonstrates Tata Chemicals’ commitment to the British Salt business in order to deliver excellence throughout all areas of its manufacturing processes and to provide an unparalleled portfolio of diverse products.

British Salt’s product range – manufactured at Middlewich – has many varied applications, ranging from its use as a vital ingredient in all types of food, as a critical chemical in water treatment and purification and as an essential nutrient in animal feed, to name just three!