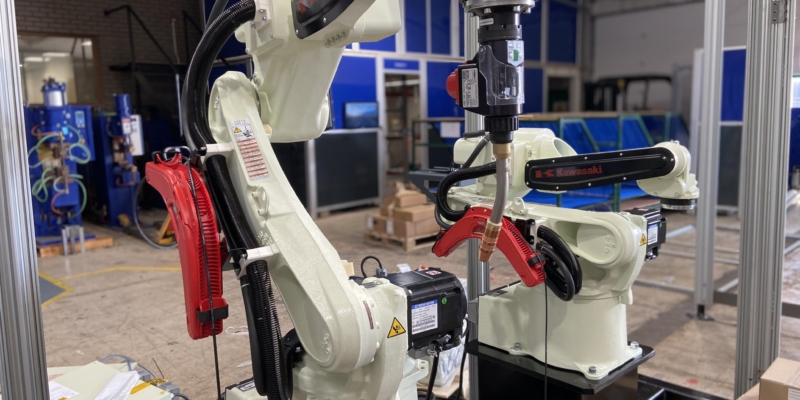 Telford-based automation solutions manufacturer, Bauromat UK Limited, is pleased to announce that it has won two projects from a UK-based Tier 1 automotive group, aiding in the manufacture of parts for the VW Audi Group.

Both systems will be fully automated arc welding solutions assisting in the production of fuel tank cradles and battery trays for the group’s range of hybrid and electric vehicles.

The orders come following a successful installation of yet another arc welding system in the manufacturing production line that has been operational for just over a month and continues to produce parts of a high quality, consistently and efficiently.

“We’re really pleased to be recognised by the customer as the ‘go to’ for welding solutions and are pleased that investment in UK manufacturers continues” said Managing Director John D’Angelillo.

“To be involved in the production of hybrid vehicles is especially exciting as it’s a market that is going to grow significantly in the next few years.”

Working on two parts of the same assembly, the larger of the two systems, which features two industrial robots, will assist in the welding of the lower part of the fuel tank cradle, while the smaller single robot system is designed for the upper part and battery tray.

The two parts will then be taken from the Bauromat manufactured systems and assembled together in another part of the automotive group’s production line.

The systems are in the early stages of manufacturer but are expected to be completed later this year, with production of the part production set to start in December.