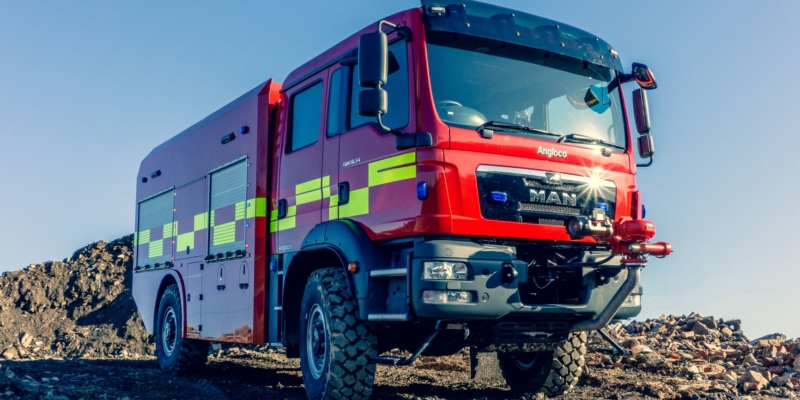 Angloco Limited – the UK’s oldest manufacturer of fire engines – has secured a major deal to replace and service most of the UK Ministry of Defence’s existing fire fleet.

The £30m order comes as part of the Defence Fire and Rescue Project – a significant outsourcing contract recently awarded to Capita Plc. Under the contract, Angloco will not only supply more than 80 new state-of-the-art fire vehicles but will also support them both in the UK and around the world, for the next 12 years.

The announcement comes after recent news of Angloco’s rapid growth and second factory opening – a nine-bay, 12,000sqft unit down the road from its 30,000sqft HQ – capable of turning out 100 fire engines per annum.

Commenting on the defence contract, Alistair Brown, managing director of Angloco said: “This is great news for both the company and the local area – the project not only gives our order book a further boost, but secures more jobs for the longer term.

“The defence order – along with numerous other projects – means we are now engaged in another major recruitment exercise for more staff across all areas of the business.”

Angloco hit the headlines over summer when the management team announced a drive to recruit a further 12 colleagues into the 90-strong business.

“This is such an exciting time for the company,” continued Alistair. “We have fought off some very stiff international competition but are delighted that a British company will now be delivering the contract.”

Angloco has a rich history of supporting the UK MoD over many decades, previously winning a major project to fully refurbish 88 old fire engines through the 80s and 90s, as well as supplying three caterpillar-tracked fire engines for the Falkland Islands base in 1989.

Offering some concluding insight into the specifics of the deal, Alistair added: “The new vehicles are being built to an innovative design which allows one common vehicle type to be used for multiple fire and rescue roles. This not only reduces the purchase costs but makes them far easier to support – wherever in the world they may be.”