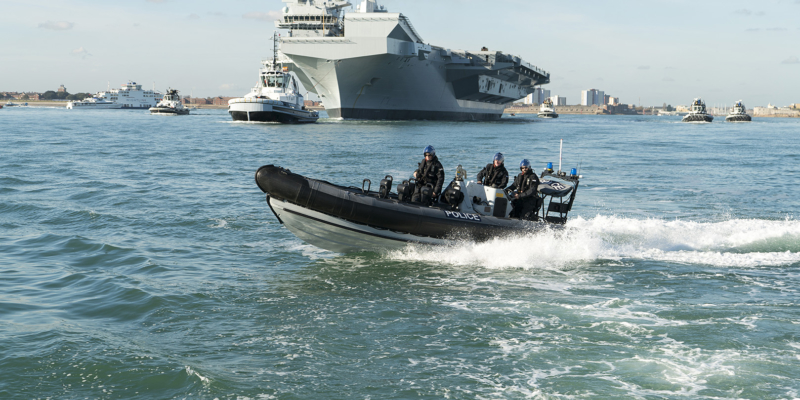 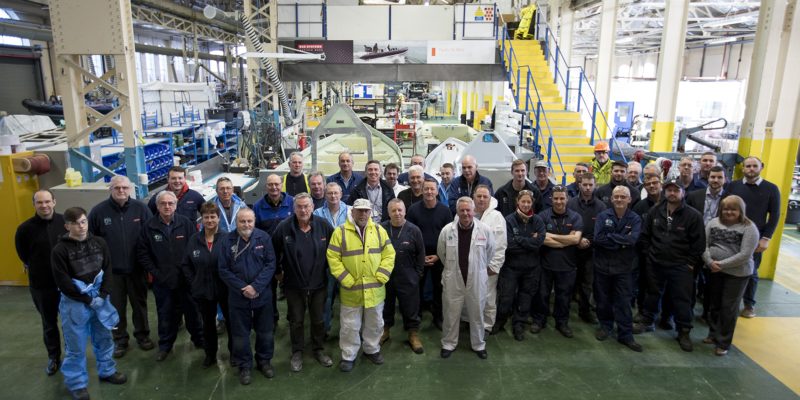 Contracts to support and maintain hundreds of high-speed rigid inflatable boats (RIBs) and other small boats used to help protect Britain’s shores have been awarded to BAE Systems under the Boats in Service Support (BISS) contract, the UK Ministry of Defence (MOD) has announced.

Four individual contracts valued at up to £112 million form part of the wider MOD BISS agreement.  Over six-and-a-half years, the contracts will help sustain existing skilled jobs as well as create new jobs at BAE Systems’ Maritime Services business in Portsmouth Naval Base, increasing the size of the current team by up to 50 per cent.

The contracts awarded to BAE Systems cover the maintenance and support of more than 650 boats ranging in size from five to 18 metres, including those operated from Royal Navy and Royal Fleet Auxiliary vessels, and by the Ministry of Defence Police, British Army and Royal Marines, amounting to 27 different classes of boat.

These small boats are operated from a variety of locations around the UK, including Portsmouth, Devonport and Clyde Naval Bases, as well as in other naval environments such as the training school, HMS Raleigh, and at RM Poole. Other armed forces sites include Longmoor and Chatham.

New jobs resulting from these contracts include roles for shipwrights and mechanical and electrical fitters. Recruitment is already underway to meet the contract start dates of 1 October.

Defence Minister Anne-Marie Trevelyan, said: “Our armed forces rely on having the finest kit available and this multi-million-pound contract ensures the thousands of vessels used across the entire British military will be maintained and repaired to the exceptionally high levels demanded by our service men and women.”

BAE Systems Products and Training Services Director, Dr Brooke Hoskins, described the contract wins as an important new chapter for the team and for the future development of the UK’s small boats capabilities.

“We have an excellent team and a proud heritage of small boats expertise, dating back to the 1950s, so securing these important new contracts in a highly competitive environment is fantastic news, particularly for local jobs.

“Our success in securing these contracts will enable us to continue to invest and to innovate, and to help the UK’s armed forces do the important, challenging and often dangerous jobs we ask them to do on behalf of the UK, now and in the future.”

In addition to its own purpose-built facility for the design, build and support of small boats at Portsmouth Naval Base, BAE Systems will deliver the small boats support contracts through a network of service delivery centres managed by preferred support contractors throughout the UK.

Strategically located near to small boats end users, these specialists contractors ensure BAE Systems is responsive to the emerging needs of its customers while also being able to minimise the transport and infrastructure costs associated with maintaining small boat fleets.

In addition to providing maintenance and support services, BAE Systems has extensive experience and expertise in building small boats. In 2015 the company was awarded a contract worth £13.5 million by the MOD to build and deliver 60 new Pacific 24 (P24) RIBs.

These boats can be found on a number of Royal Navy ships and Royal Fleet Auxiliary vessels, including the UK’s flagship aircraft carrier, HMS Queen Elizabeth, and all Type 45 destroyers, Type 23 frigates and offshore patrol vessels. The MOD also confirmed a new order for an additional four P24s earlier this year.

These small and agile boats, with a top speed of 38 knots, are deployed for a variety of tasks, ranging from counter-piracy and counter-narcotics missions, to force protection, rescue and logistics operations.

Working in partnership with the MOD, the Royal Navy and other industry collaborators, the P24 will be operated by the combat management and sensor system of HMS Argyll in the Royal Victoria Dock in London’s Dockland, demonstrating the possibilities for autonomous interoperability.

The technology will undergo further trials with the aim of retrofitting it to existing small boat fleets, extending the reach of navies and keeping sailors out of harm’s way.