BAE Systems hiring 900 staff at Cumbrian sub base, including 50 graduates and 350 apprentices 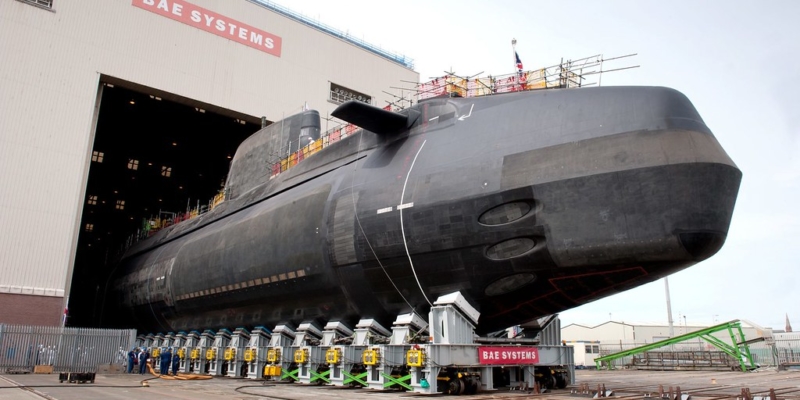 BAE Systems is planning to hire 900 staff at its Cumbrian submarine yard.

Britain’s biggest defence group will hire 50 graduates, 350 apprentices and around 500 experienced workers for higher-level roles at the Barrow site next year.

The yard designs, builds and tests Britain’s biggest and most advanced submarines, including the Astute and Dreadnought vessels. It also trains engineers at a £25m submarine school which was opened in December.

The nuclear-powered Astute submarines are 320 ft long and can stay underwater for up to three months.

Dreadnought submarines, which are due to come into operation in the 2030s, are more than 500 ft long and will replace the Vanguard class of missile-carrying vessels.

BAE has ramped up production on both of these programmes.

It recruited more than 1,000 people at the Barrow yard last year, bringing its workforce there to 9,000.

The firm has also ploughed more than £500m into the submarine yard over the past five years to improve its facilities. BAE employs 34,000 people across the UK and is the country’s biggest manufacturer.

The expansion will be a boon for the local economy, which has suffered as industrial jobs have dwindled.

Barrow-in-Furness is one of the so-called ‘left-behind’ northern towns Prime Minister Boris Johnson has pledged to support.

Glynn Phillips, acting group managing director of BAE’s maritime and land UK arm, said: ‘Our continued investment in skills and infrastructure ensures we are well-placed to deliver cutting-edge technology and capability for the Royal Navy and to help safeguard national security for decades.’