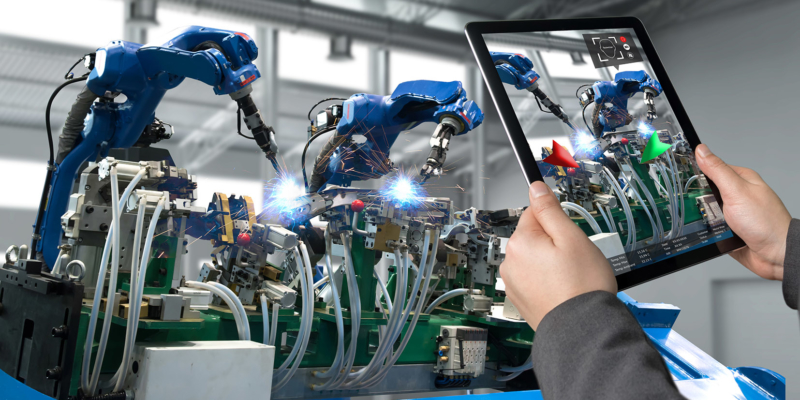 One of the world’s leading providers of industrial innovation technology is supporting the UK’s call for more ventilators through the power of Augmented Reality (AR).

PTC has been announced as one of the partners in the VentilatorChallengeUK consortium led by High Value Manufacturing Catapult CEO Dick Elsy and a host of the UK’s leading engineering businesses, including Ford Motor Company, GKN Aerospace, McLaren, Airbus, Meggitt and Siemens UK.

Experts have been working with existing ventilator manufacturers Smiths Group and Penlon to document crucial assembly processes involved in the development and build of Rapidly Manufactured Ventilator Systems (RMVS).

This will be uploaded and edited in PTC’s Vuforia Editor technology, which runs on Microsoft Azure, to create a virtual assembly guide and relayed, through wearable equipment or smart devices such as phone or tablet, to the factories of consortium partners that traditionally do not make ventilators.

Protecting all the workers involved in the project is of paramount importance to the consortium and this is where AR is ideal for removing a lot of the dangers, by virtually placing a ventilator expert into a partner factory – thus reducing the risk of the virus spreading.

“This is an unprecedented response from UK manufacturing for an unprecedented crisis and I’m delighted we have been able to support the VentilatorChallengeUK consortium to create two new ventilation production lines in a matter of weeks, a feat that would typically take six months to do,” explained Paul Haimes, Vice President of Field Engineering at PTC.

“At the heart of the project was the need to transfer the expertise, skills and intellectual property of the assembly lines at Smith and Penlon into a number of new facilities, something we have achieved through the power of Augmented Reality.”

He continued: “The build takes over 24 hours and we’ve captured all of the different stages through our Vuforia Expert Capture (VEC) software and a worker wearing Microsoft HoloLens glasses.

”From there, we upload to Azure Cloud and edit it is so that a manufacturing professional – with no prior experience of building a ventilator – can successfully be guided through the process. All they have to do is put on a pair of HoloLens glasses, or view a smart device like a tablet or phone and follow the instructions. We have even put annotations over the footage to help with troubleshooting any potential issues.

By using the power of Augmented Reality, we have reduced set-up lead times and developed a manufacturing approach that will help the consortium scale up from 50 to 60 ventilators combined capacity per week to producing at least 1500 units of the Penlon and Smiths models every seven days.

A 15-strong team of PTC specialists have been working on this project and, in order to avoid transmission of Covid-19, only one specialist is working on site with the rest of the support being delivered remotely and through cloud technology.

Another feature of the VentilatorChallengeUK has been a nationwide HoloLens glasses plea, with academic, manufacturing and technology specialists donating more than 250 pairs that are already playing an essential role in a rapidly growing production line.