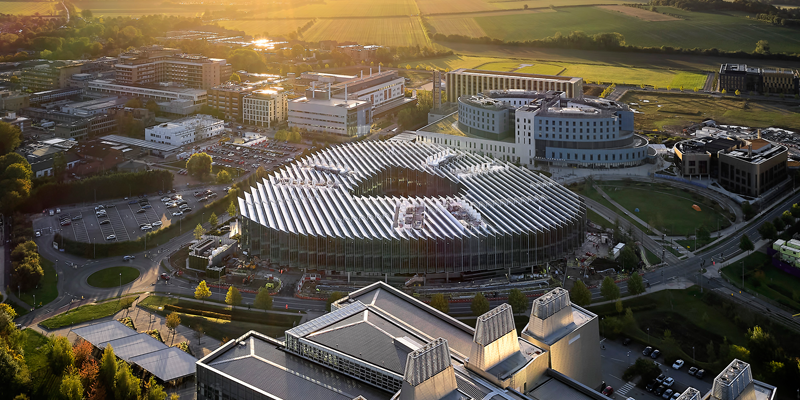 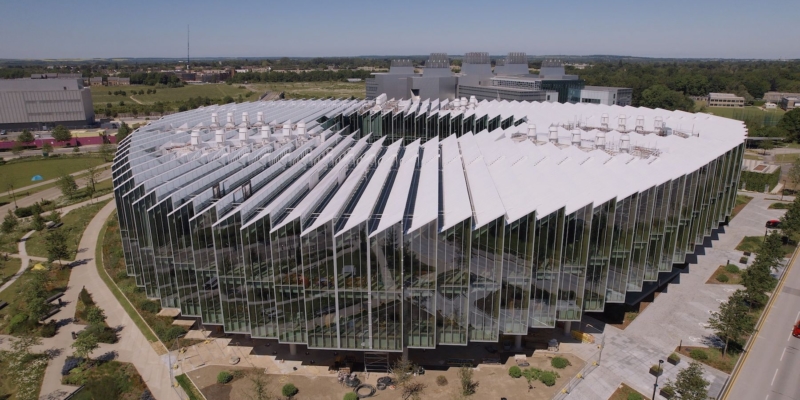 AstraZeneca has officially opened  The Discovery Centre (DISC) in Cambridge – a state-of-the-art research and development (R&D) facility designed to the world’s highest environmental standards and accommodating over 2,200 research scientists.

The new £1bn facility will include the most advanced robotics, high-throughput screening and AI-driven technology. It will support AstraZeneca’s focus on specialised and precision medicines and foster the discovery and development of next generation therapeutics, including nucleotide-based, gene-editing and cell therapies.

Pascal Soriot, Chief Executive Officer, AstraZeneca, said: “Our ambition today is to not only unveil a building, but to also drive the next wave of scientific innovation. Our new Discovery Centre in Cambridge raises the bar for sustainable R&D and global collaboration across our industry. It will allow us to break new boundaries in the understanding of disease biology, bring life-changing medicines to patients and power the next stage of our company’s growth.”

The DISC will add to AstraZeneca’s R&D presence in more than 40 countries across the globe, including its other strategic research centres in Sweden and the US, and development facilities in China and Japan.

The Company invests more than $7bn in R&D globally each year, a large part of which takes place in the UK. The Centre will help further nurture partnerships, develop the next generation of science leaders and accelerate AstraZeneca’s industry-leading levels of productivity.

Located within the Cambridge Biomedical Campus1, the physical proximity of the building’s 19,000m2 laboratories to leading hospitals, the University of Cambridge, other research institutions and a number of biotech companies will promote a culture of open partnership and innovation in its inviting open spaces. The Company has over 200 active collaborations in the region and more than 2,000 around the world across academia, biotech and industry.

The DISC and sustainability

Beyond the building’s extensive scientific capabilities, the disc-like structure is a feat of environmental engineering equipped with 174 boreholes to provide natural geothermal energy; four ‘hybrid cooling towers’ and a ground source heat pump that will save enough energy to power 2,500 homes.

Low-energy ventilation and high levels of insulation also help ensure the efficiency of the building, along with the ‘saw-tooth’ roof design which minimises energy use by flooding the interior with natural daylight. This energy efficiency is aligned to the Company’s Ambition Zero Carbon programme that commits to zero carbon emissions from its operations across the world by 2025, and for its entire value chain to be carbon negative by 2030.

The life sciences cluster in Cambridge

The life sciences cluster in Cambridge is the most productive in Europe. It includes more than 400 companies, employing around 20,000 people and contributing almost £3bn annually to the UK economy. The city has more than doubled its turnover growth rate over the past five years in life sciences and has more patent applications than anywhere else in the UK.

Over the past century, approximately 50 Nobel Prize winners in chemistry and physiology or medicine have been associated with Cambridge. Important discoveries have included Francis Crick and James Watson’s DNA breakthrough in 1953, and Professor Sir John Gurdon’s work on stem cells in 2012.

Employing more than 80,000 people, AstraZeneca is a global, science-led biopharmaceutical company that focuses on the discovery, development, and commercialisation of prescription medicines in Oncology, Rare Diseases and BioPharmaceuticals. Based in Cambridge, AstraZeneca operates in over 100 countries and its innovative medicines are used by millions of patients worldwide.