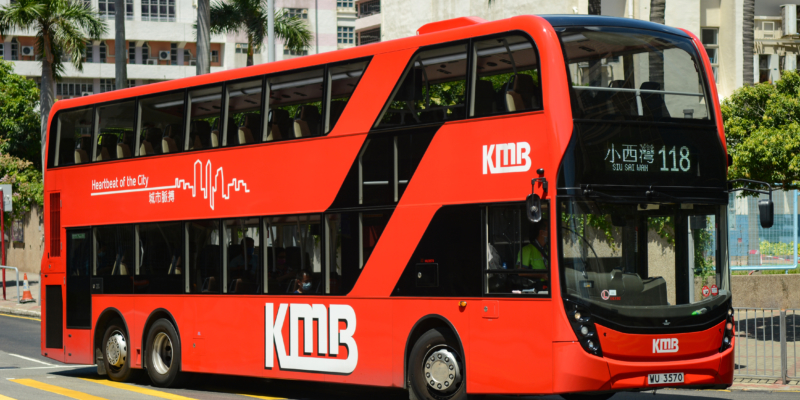 Alexander Dennis Limited,  a subsidiary of NFI Group, one of the world’s largest independent global bus manufacturers, has secured an order for 56 Enviro500 three-axle double deck buses from The Kowloon Motor Bus Company, Hong Kong’s largest bus operator. The new buses are scheduled to be delivered in the second half of 2021.

Kowloon Motor Bus Company (KMB) is  the largest franchised bus operator in Hong Kong with a fleet of around 4,000 buses operating on over 400 routes. KMB’s new Enviro500 will be 12.8m long and powered by low emission Euro 6 engines. They will be able to carry up to 143 passengers, with all 98 seats fitted with three-point safety belts.

This new order continues a long-standing relationship between Alexander Dennis and KMB, who have now ordered over 2,500 Enviro500 buses from Alexander Dennis since the current generation model was launched in 2012.

Paul Davies, Alexander Dennis President & Managing Director, comments: “We are very honoured that KMB continues to place its confidence in Alexander Dennis with this latest order for 56 double deck buses. KMB continually challenges us to raise the bar and these latest 12.8m Enviro500 buses are testament to their commitment to world class passenger services.”

Alexander Dennis is a global leader in the design and manufacture of double deck buses and is also the UK’s largest bus and coach manufacturer. ADL offers single and double deck buses under the Alexander Dennis brand as well as Plaxton coaches, with vehicles in service in the UK, Ireland, Europe, Hong Kong, Singapore, New Zealand, Mexico, Canada and the United States.