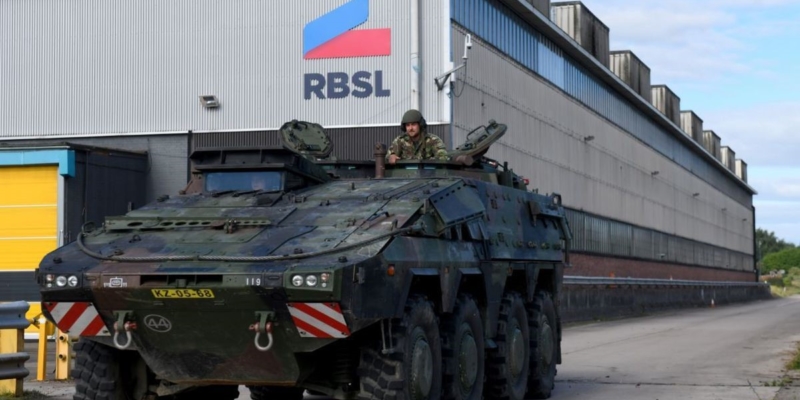 In a Group-internal transaction, Rheinmetall Landsysteme has awarded Rheinmetall BAE Systems Land (RBSL) a subcontract to manufacture more than 260 Boxer vehicles for the UK MOD’s Mechanised Infantry Vehicle (MIV) programme. The Command and Special Carrier variants will be produced at RBSL’s facility in Telford, Shropshire.

The subcontract, worth about £860 million (€960 million), marks a significant milestone for the programme, following the £2.3 billion MIV contract awarded to ARTEC, the Rheinmetall and KMW consortium in December 2019.

The contract will create and sustain over 200 skilled jobs in and around Telford, with the complete programme creating and sustaining more than 1,000 jobs nationally. The award of this contract will allow RBSL to provide work and training opportunities to more than 60 apprentices over the next five years, which is anticipated to be replicated across the UK supply chain.

The MIV programme aims to source 60%, by value, of the contract from within the UK. In order to achieve this, RBSL is part of the MIV Joint Procurement Team, which has engaged with suppliers in England, Wales, Scotland and Northern Ireland. The team has issued over 250 requests for quotations, and RBSL has completed numerous detailed supplier audits.

Millions of pounds of investment will be made across British industry in training and capital equipment, increasing productivity throughout the supply chain. RBSL alone is making a £20 million investment in its Telford site to improve infrastructure, provide state-of-the-art manufacturing facilities, and deliver some of the highest standards of training for specialist capabilities, such as welding.

“Investment in Defence is an investment into British industry and this Boxer contract will create and sustain thousands of skilled jobs throughout the country over its lifetime. Defence contracts like this at RBSL in Telford will modernise and upgrade our Armed Forces whilst helping the nation build back better from the Covid-19 pandemic.”

“RBSL’s subcontract is a great step forward after months of hard work. Working with Rheinmetall and other partners, RBSL is bringing new skills and technologies into the business and the UK supply chain.”

Dr Marco Noeding: “I feel proud that RBSL has the opportunity to support British industry by working with UK-based suppliers – especially given the extraordinary circumstances the UK faces as a result of COVID-19. The next step for us is to formalise our community of suppliers and ensure the British Army receives their new vehicles manufactured to the highest standards.”

In November 2019, ARTEC, a joint venture between two German companies – Rheinmetall and Krauss-Maffei Wegmann – signed the £2.3 billion contract to deliver 500+ Boxer vehicles to the British Army.

The vehicles will be manufactured in the UK, with production subcontracted equally between Rheinmetall BAE Systems Land (RBSL) and WFEL. The companies will undertake fabrication of the armoured vehicle structures together with assembly, integration and test of the complete vehicles at their respective facilities in Telford and Stockport.

The MIV contract will sustain jobs at RBSL and WFEL sites across the UK, as well as a vibrant national supply chain. The plan is to source more than 60%, by value, of the contract from within the UK, protecting the UK’s sovereign engineering and manufacturing skills and ensuring that the vehicles remain supported through their 30-year operational life.

Boxer is a state-of-the-art wheeled armoured vehicle with outstanding mobility and protection features. Its design allows for any Mission Module configuration with a payload of up to circa 15 tonnes. So far, more than 800 vehicles in various configurations have been supplied to, or ordered by, three NATO nations – Germany, the Netherlands and Lithuania – as well as Australia. The Australian armed forces are introducing the Boxer under the Combat Reconnaissance Vehicle (CRV) project.