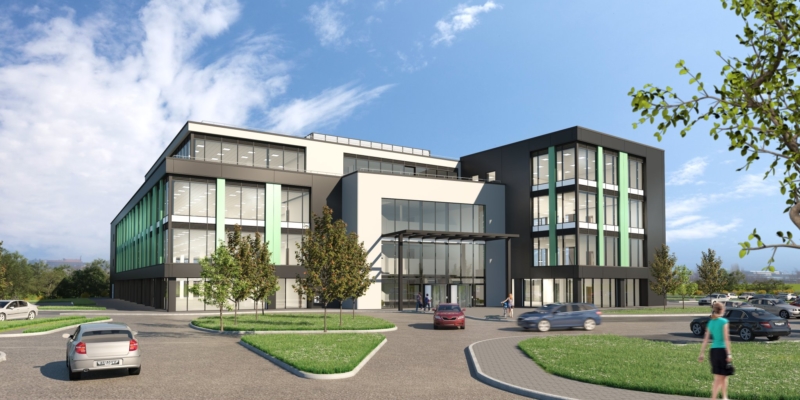 Plans for a second hi-tech manufacturing, science and office park on the outskirts of a Midlands town have been given the go-ahead.

Wilson Bowden Developments has got the green light to build a science park on 100 acres of farmland next to junction 23 of the M1 at Loughborough, in north Leicestershire.

The multi-million-pound scheme will provide more than 960,000 sq ft of employment space and could create up to 4,000 jobs.

Planning officers had recommended the plans be approved, subject to various conditions, and councillors have now backed them after earlier holding off on a decision over access issues.

The scheme will sit to the west of the existing Loughborough University Science and Enterprise Park (LUSEP), and help cement the town’s growing reputation as a hub for hi-technology at the very heart of the country.

There are already around 50 organisations at LUSEP – employing more than 2,500 people – including drug company Nemaura Pharma and hydrogen fuel cell developer Intelligent Energy.

Business software company The Access Group, which is valued at £1 billion, is already planning to create hundreds of jobs at a new central England headquarters currently under construction there.

Access will move onto LUSEP this year, but management are already thinking about having a second building next door.

Many of the other businesses and organisations based there have sports and health connections, reflecting Loughborough’s position as a leading sports science university.

As well as space for new business, the Wilson Bowden scheme could also have a central hub area featuring office space for smaller start-ups and grow-on businesses.

There could also be a 100 bedroom hotel and conference facilities, shops such as a convenience store, hairdressers, florists and newsagents and space for banks, restaurants, cafes and maybe a pub as well as a nursery and gym.

The application coincides with £27 million or investment currently being made in transport connections around Loughborough, including widening the A512, which runs parallel to the site, and changes to Junction 23 of the M1 – which are needed to unlock land for 4,000 new homes nearby.

Planning documents submitted on behalf of the development state: “LUSEP is already a focus for high growth advanced technology businesses, including being the base for Intelligent Energy.

“The proposed development at land to the west of Snells Nook Lane will unlock and enable the delivery of yet further key economic growth opportunities, driving forward the growth strategy of the science and enterprise park.

“The proposed science and enterprise park at land to the west of Snells Nook Lane will bring forward significant opportunities for economic growth in the region, maintaining strong links with the knowledge-based sector, whilst also allowing for innovative new enterprises, including the development of advanced new manufacturing.”

The existing enterprise park is already one of the largest developments of its kind and is part of a new Enterprise Zone, which attracts tax breaks and simpler planning regulations.