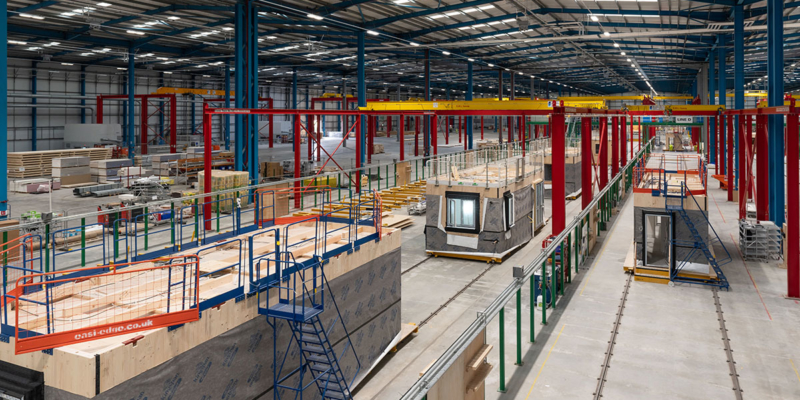 Knaresborough-based ilke Homes, which makes modular homes on a factory assembly line, aims to ramp up production from 2,000 to 5,000 dwellings within the next five years.

The homes are said to be 20 per cent more energy-efficient than traditionally-built new builds and create 90 per cent less waste.

It is the first time that Government agency Homes England has directly invested into a modular housing factory.

The site currently employs 570 people, but this is expected to increase to 650 by the end of the year.

Mr Sheridan added: “We want to continue driving efficiency, quality and sustainability within the housebuilding industry and see this as a fantastic signal to others wishing to do the same.”

The “transformational” funding will allow production to be scaled up, increasing the number of homes that roll off the assembly line from two to eight a day and bringing down manufacturing costs in the process.

Housing Minister Esther McVey said the north of England has the potential to “lead the world” by using modern ways of building homes.

The investment was a “significant step forward in the development of a new “construction corridor” building homes that were “higher quality, greener and built to last”.

Mark Farmer, who co-authored the government-commissioned Farmer Review, said net-zero carbon targets could not be achieved through the traditional construction supply chain which “wastes much of what it builds”.

He said manufactured homes create less waste because “everything can be made to measure”.

The industry also needs to move away from concrete, which accounts for eight per cent of the world’s carbon dioxide.

“Similarly, timber – as the most sustainable construction material on the planet – surely has to be used more as it is in other countries, but has to be proven to be safe from a combustibility perspective. With the right investment into manufacturing assurance, R&D and testing I think it’s possible to square that circle in the future.”