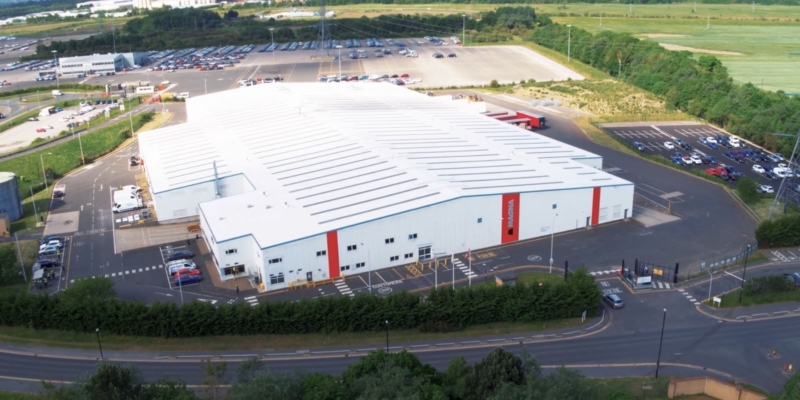 Magna has officially opened its new factory in Sunderland which will employ 300 people when it is at full capacity. City leaders and senior officials from the Canadian firm attended an event today (August 26) to mark the occasion.

Magna, which is headquartered in Ontario, has 347 manufacturing plants and 87 other facilities across 28 countries, 12, of them in the UK, and employs more than 158,000 people, including 2,125 in Britain. The Sunderland plant currently has 280 employees.

Exterior trim parts for Nissan’s third generation Qashqai are produced at the facility which houses a robotic assembly line Magna has also introduced its new proprietary technology to Sunderland, producing a fully assembled thermo-plastic liftgate, a lightweight alternative to steel.

Group General Manager Tony Park said: “We’re thrilled to celebrate the opening of our facility which has established itself as a key UK site, and critical in supporting our work with Nissan Motor Manufacturing UK.

“We’ve been delighted with the speed at which we have been able to appoint a skilled team to get up to capacity, and our ambition is that this facility keeps growing as we continue to service Nissan and our customers across the UK to the highest possible standard.”

Magna also has ambitions to build upon work around electrification, which in time could create further opportunities for growth, creating further jobs in the process.

City council leader Graeme Miller said: “Sunderland is at the beating heart of Europe’s automotive sector. Nissan’s success has generated many thousands of jobs in the region, and Magna’s move to the city is a fantastic example of Sunderland’s ability to support successful local supply chains, thanks to its exceptional people, great connectivity and collaborative advanced manufacturing cluster.”