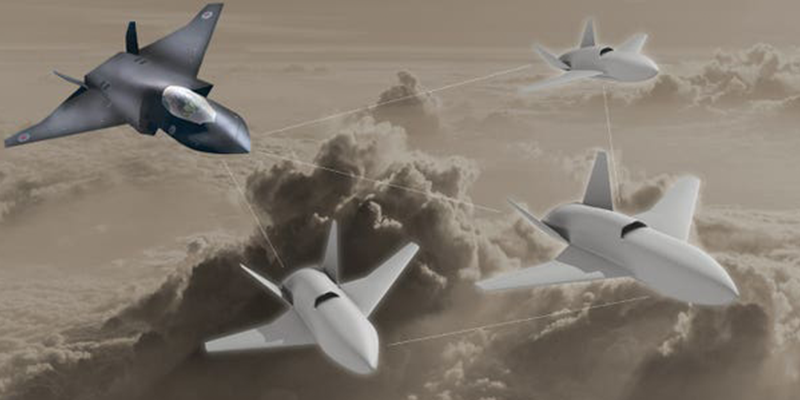 Production of an unmanned combat aircraft nicknamed the “loyal wingman” is set to begin thanks to a £30 million Government investment.

The Ministry of Defence (MoD) said the three-year contract to design and manufacture a prototype will support more than 100 jobs in Northern Ireland.

The aircraft will be designed to fly at high speed alongside fighter jets, armed with missiles, surveillance and electronic warfare technology to provide a battle-winning advantage over hostile forces.

The MoD said the loyal wingman will be the UK’s first uncrewed platform able to target and shoot down enemy aircraft and survive against surface-to-air missiles.

The RAF’s Lightweight Affordable Novel Combat Aircraft (LANCA) is set to be further developed at Spirit AeroSystems, in Belfast (Ministry of Defence/Crown Copyright/PA)

Spirit AeroSystems, in Belfast, has been selected to lead Team Mosquito in the next phase of the project.

The team will further develop the RAF’s Lightweight Affordable Novel Combat Aircraft (LANCA) concept, with a full-scale vehicle flight-test programme expected by the end of 2023.

Northern Ireland Secretary Brandon Lewis said: “This is fantastic news and underlines the distinct strengths in Northern Ireland’s economy, through its advanced engineering and manufacturing capabilities.

This ground-breaking project will involve significant investment which will not only support local employment, but also reinforce Northern Ireland’s contribution to the security of our nation.

Defence Minister Jeremy Quin said: “This is a great win for the Northern Ireland defence industry and will showcase some of the most pioneering engineering work currently being undertaken in the UK.

The £30 million project will accelerate the development of the UK’s future air power by delivering cutting-edge uncrewed aircraft, maintaining our position as a world leader in emerging technologies.

The director of Future Combat Air at the MoD, Richard Berthon, said: “Project Mosquito is a vital element of our approach to Future Combat Air, rapidly bringing to life design, build and test skills for next generation combat air capabilities.

“Autonomous ‘loyal wingman’ aircraft create the opportunity to expand, diversify and rapidly upgrade Combat Air Forces in a cost-effective way, now and in the future.”