UK automotive looks to remodel itself at crisis time 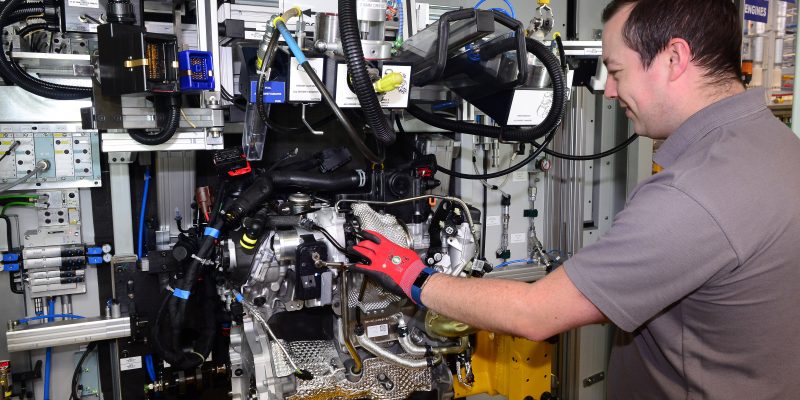 A string of bad news in mainstream automotive has been hard to take, but this belies lots of positive events in niche pockets of automotive and the opportunities presented by electrification. However, be braced for big changes.

Even for the optimists, the UK automotive sector has had a terrible time in recent months. Jaguar Land Rover announced 4,500 job cuts, Honda has said it will close its Swindon plant by 2021 with the loss of 3,500 jobs with bad consequences on its suppliers, and Nissan is also cutting production and jobs, following the announcement it won’t build the new X-Trail in Sunderland. Analysts say investment in the automotive sector has fallen by 80 percent in three years.

“Such a fall in investment is seismic,” says Prof. David Bailey, an automotive sector expert at Aston University. “It shows big car OEMs are sitting on their hands and it is very difficult for them to make investment decisions amid this uncertainty,” he says in reference to Brexit. Ford is also taking a strategic look at its global operations, which will have potential consequences in the UK especially at the Bridgend engine plant.

In January, UK factories produced 120,649 vehicles, a fall of 26,858 units on January 2018. Most of the output, 93,781 units, was exported, a fall of more than a fifth on January last year. Brexit is part of this story but quite how much it is responsible for this contraction is subject to fierce debate. Automotive – both here and to an extent, abroad too – has hit a perfect storm; falling demand from China, so-called diesel phobia plus an obsession with electric, and something described by the authors of a recent book on UK automotive called Keeping the Wheels on the Road as “millennial minimalism”. Young people are simply not as wedded to car ownership as other generations.

With so many influences bearing down on car manufacturing, all the players are taking an existential look at the global car industry and asking how can their business respond to what consumers actually want, and will want, without investing wrongly or prematurely.

How big will electrification be and how quickly will it dethrone IC (internal combustion) powertrains? Cue more fierce debate, but the notion of a quick demise of IC engines and the immediate adoption of electric powertrains is not popular among experts. The government target for only hybrid and electric vehicles in use by 2040 only applies to a ban on the manufacture of IC powertrain cars, so they will remain in use for years after 2040. However, as the Financial Times reported on 28 February that car data publication AutoTrader claims this target will be missed. Currently, pure electric cars account for just 0.7 per cent of total sales, a mountain of consumer behavior to climb even over 21 years.

Long term, there is evidence that Britain will do well in the automotive electrification industry. The UK has been manufacturing a modern electric vehicle – Nissan’s LEAF – and its powertrain in Sunderland for several years. It is the world’s number one mass market electric car. We also have the National Automotive Innovation Centre at the University of Warwick, a proving factory for electric automotive manufacture, and at over £300m reputed to be the biggest single university building investment in the UK ever.

Then there is the joint venture between auto parts supplier Unipart and Williams Advanced Engineering called Hyperbat, a new, multi-million pound facility that will make batteries for future hybrid and electric vehicles, create 90 jobs and is supported by a government funded Advanced Propulsion Centre project. The first customer is the Aston Martin Rapid E. There is a new EPSRC (research council) £10 million funded Future Manufacturing Hub for Electric Machines, motors and generators to you and I, that is being supported to give the UK fundamental research in making electric power equipment for many applications, inc wind power and rail, but also automotive.

Electric can give the UK a strong future in automotive, although it is not known if the expected growth here will replace the jobs lost in mainstream automotive at the same rate. Looking even further ahead, its possible in 20-years that Nissan will have no plant in Sunderland and these electric models become relics, replaced by a superior but as yet unviable technology such as hydrogen power.

While Unipart and William’s Hyperbat and the rise of UK electrification industry are positive, there are also some bright spots in the conventional automotive sector but you have to look outside the simple measure of car units produced.

In spite of its headcount reduction in the coming months, Jaguar Land Rover has invested in producing a new 6-litre Ingenium engine at its £1 billion Engine Manufacturing Centre in Wolverhampton and a new battery assembly facility at Hams Hall. The company is beginning its transformation to electrification but by now it was expected to announce which models would be manufactured at Solihull and Castle Bromwich.

The UK has always been strong in luxury cars and sportscars and some, such as the Niche Vehicle Network, claim Britain is the world’s largest manufacturer of niche vehicles including sports cars; consider Aston Martin, Morgan Motor Company, Westfield Sports Cars, Lister, Elemental Group, Briggs Automotive Company, Ariel, Great British Sportscars, and David Brown Automotive. Few if any of these niche makers have reported a bad 2018.

Aston Martin, from a legacy position in recent years of having never been profitable, achieved annual revenues of more than £1bn for the first time this year. It sold a record 6,441 vehicles in 2018, a 25 per cent increase on the previous year. However it still reported a pre-tax loss of £68m, compared with profits of £85m in 2017.

The company has built a new plant in St Athan, Wales where it will make the new electric DBX SUV model. UK engineering design group Ricardo has also won the contract to make the new engine for McLaren Automotive, which sold a record number of cars in 2018.

Among the first tier suppliers, GKN Driveline is positioning itself very well for the future, investing heavily in new technologies especially for its new e-drive that connects the electric motor to the axels.

An essential feature of automotive is its regional distribution for employment and the multiplier effect it can have on local economies. In Sunderland, the £400m International Advanced Manufacturing Park (IAMP) is a game-changing scheme being delivered by Sunderland City Council, South Tyneside Council and Henry Boot Developments.  Born partly from the economic effect of Nissan and its suppliers and the need for a manufacturing hub in the North East, the investor group believes the park could create 7,000 jobs and in aerospace, rail, automation and offshore among others.

French-headquartered SNOP was the first to commit to the site, creating more than 100 new jobs. The company designs and manufacturers a range of automotive parts, supplying Peugeot, Audi, Renault, Mercedes, Volkswagen and Seat, as well as Nissan, is moving into a new 235,000sq ft factory this year, with the potential to expand to 331,000 sq ft.

Plant director at SNOP UK, David Brander, says: “We are delighted to be the first business to make IAMP our home. Sunderland and South Tyneside have much to offer manufacturing businesses like ours. We know that we can enjoy direct access to a fantastic talent pool, as well as benefiting from the other excellent assets this site offers, including outstanding connectivity to road, sea, air and rail links.”

For tier twos and threes, the affect of OEM auto manufacturing is being felt across the supply chain with firms manufacturing mouldings, pressings, welded assemblies, seating and other components having to diversify to replace a fall in orders.

One such company is Shrewsbury based Salop Design and Engineering that is talking to a wider pool of potential customers, looking at developing a new manufacturing process and trying to build up aerospace work. Commercial director Christpher Greenough says, “‘The UK manufacturing sector is facing unprecedented pressure, with Brexit uncertainty and the lack of clarity from government on diesels and electrification. Let’s promote a balanced and positive view of the sector, and embrace opportunities as they arrive, by being disruptive, working on productivity and looking to new emerging markets.”

UK automotive is changing fast and may look very different in just three to five years. Smaller, niche players with innovative solutions for motorsport and electric powertrains will thrive while the scale of conventional car factories will probably recede. David Bailey, in Keeping the Wheels on the Road, calls for an upgrade in how the UK develops its future manufacturing plans.

“There is a strong case for UK industrial strategy to be afforded an institutional status similar to both UK monetary and fiscal policies,” he says. “At the very least, it should be the subject of regular strategic long term reviews. By giving it that sort of priority, the new government would send out the kind of powerful message that British industry and foreign investors need to hear given recent uncertainty.”