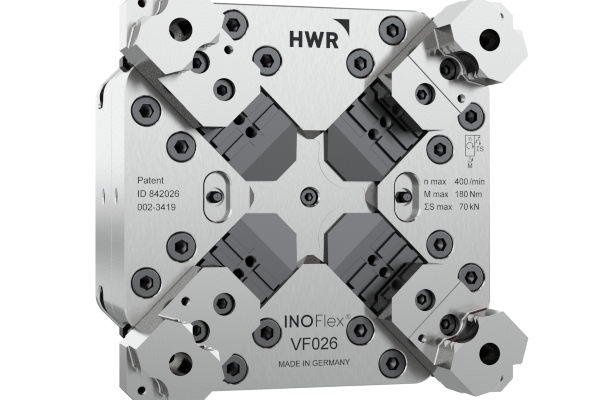 For the clamping of round, square, rectangular and geometrically irregular components that may be sensitive to deformation, Thame Workholding has introduced the exciting new INOFlex compensating concentric 4-jaw chuck vice with SOLIDPoint 96 connection

In a conventional chuck, all components are responsible for the drive in the same direction around the centre point, whether it is via the wedge bar, wedge hook or plane spiral principal, each jaw equally gravitates towards or away from the centre point. In the drive system of the INOFlex ® 4-jaw centring chuck vice, the drive moves the jaws towards or away from each other on a two axes plane that is arranged in parallel.

The compensation is made possible by the diametrically arranged slides being connected to one another via a displaceable link mechanism. In the clamping of round, cubic and geometrically shapeless parts, the components can be centrally clamped for turning and milling processes.

The impressive new INOFlex compensating concentric 4-jaw chuck vice is available in two variants, the VF016 and the VF026. The smaller VF016 is a 162mm chuck with a radial jaw stroke of 12.6mm and a compensation stroke of 11.6mm per jaw.  With a maximum tightening torque of 100Nm, a maximum gripping force through 4-jaws of 40kN and a gripping force of 20kN through 2-jaws, the INOFlex compensating concentric 4-jaw chuck vice provides remarkable clamping forces, stability and confidence for the end user, even when rotating at speeds up to 400rpm.

For heavier duty clamping scenarios, Thame Workholding  offers the larger VF026 INOFlex system. This larger capacity chuck is 235mm with a radial jaw stroke of 14mm and a compensating stroke of 13mm per jaw, a tightening torque of 180Nm,  a 4-jaw gripping force of 70Nm and a maximum clamping force of 35Nm when clamping with 2-jaws. From a stability standpoint, the 44.5kg INOFlex (without top jaws) demonstrates unsurpassed rigidity and flexibility with clamping forces and precision that can accelerate performance for manufacturers of complex geometry or irregular components. For further information, please contact Thame Workholding. 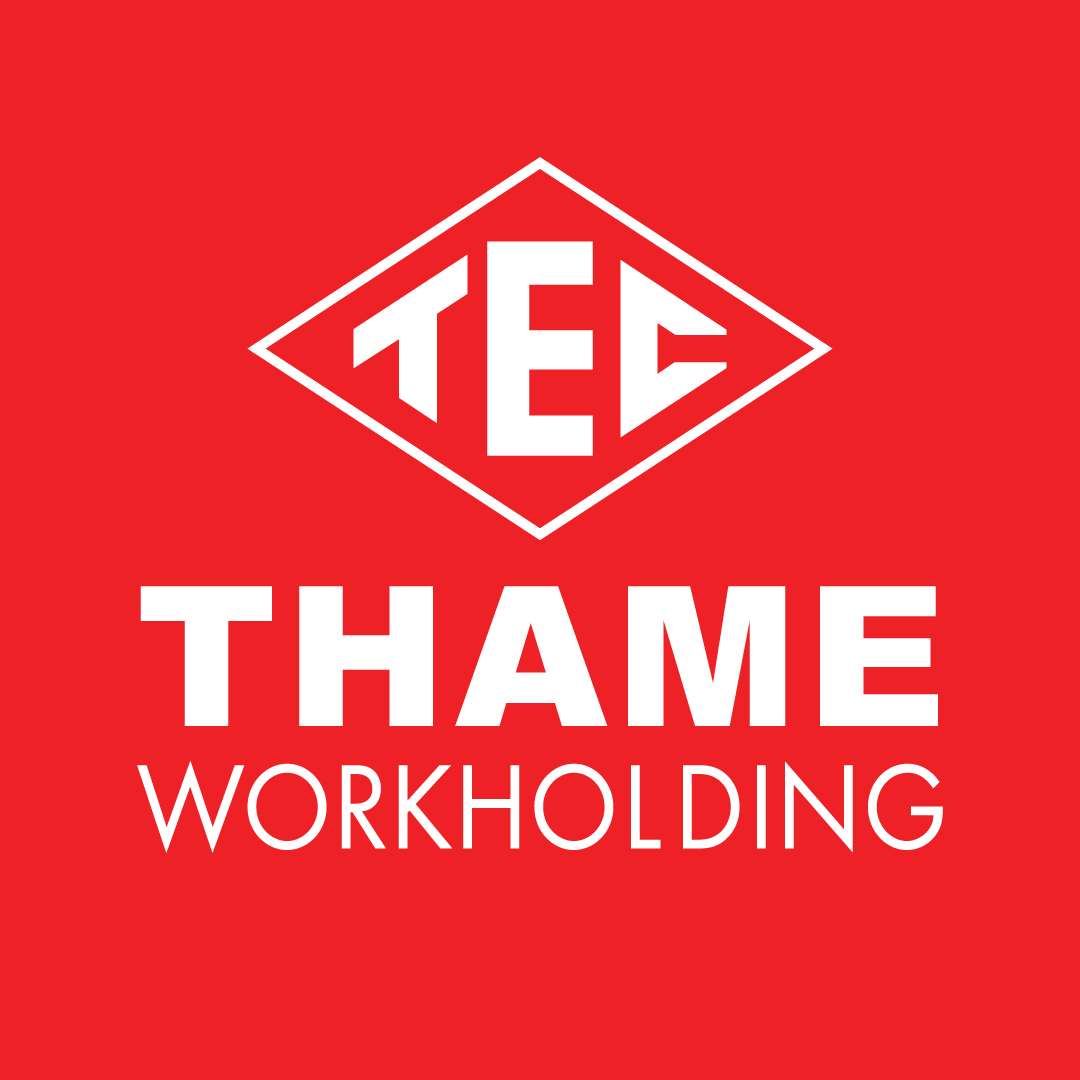 Thame Workholding is a proud member of the FactoryNOW initiative