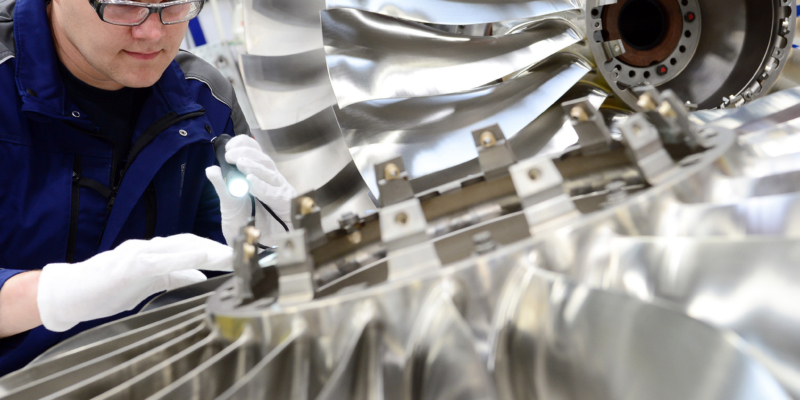 The fight is on to keep UK best for wing manufacture

Airbus has expressed a more upbeat tone about the company’s long-term UK prospects since new chief executive Guillaume Faury said that expertise in the UK supply chain is critical to Airbus. Before then, uncertainty over a possible no-deal Brexit had fed speculation about the future of wing manufacture in Britain.

The manufacture of narrow-body aircraft in the next five to 10-years will have to change to keep up with demand, needing to deploy new technologies such as next-generation engines, composite wings and automated production and assembly, and the UK has competition here. With Airbus sites in France, Germany and Spain keen to take wing manufacture from Britain, Airbus in Broughton and Bristol must fight and invest in all of the above to retain its wings ‘global centre of excellence’ position.

Spirit AeroSystems bought the wing manufacturing division of Bombardier in Belfast last year, which had previously used research funding, Queen’s University Belfast and local SMEs to develop a patented resin transfer-injection process for composite wings. This is the kind of innovation Britain will need to take further to retain its wing making as competitors circle.

Airbus is benefiting from Boeing’s crisis following the grounding of Boeing’s popular 737 Max after two fatal crashes in 2018 and 2019 – orders for the rival Airbus 320neo overtook the 737 in 2019. Airbus is pushing for “rate 60” – the manufacture of 60 completed aircraft per month – for its single-aisle models in 2020, the main driver of which is fuel efficiency as airlines seek to replace legacy aircraft with cleaner Max and Neo versions.

Linked to this is jet engine design and, in the UK, the big story is Rolls-Royce’s next-generation Advance and UltraFan engines. These programmes are high performance, high temperature, more efficient fuel burn engines for the next 20-30 years’ service. They represent the first time in 20-years that Rolls-Royce has changed its main engine architecture, a radical move in the jet engine world.  New features such as a lightweight CTi fan system, hybrid ceramic bearings, advanced high OPR cycles, and high torque density shafts are designed into Advance. Rolls-Royce procurement has gone worldwide to find new suppliers for components made in these materials with such aggressive delivery schedules. UK suppliers need to tick many technology and delivery boxes to be in with a chance.

As aircraft manufacture hits rate 60 and aims to reach rate 90 and above in the next few years, subcontractors serious about aerospace have to invest. A trend, albeit anecdotal without figures on individual machine type sales volumes, is that more precision engineering companies are buying high performance, multi-turret and multi-pallet machines for high productivity – often with automated pallet loaders.  Followers of mtdcnc.com will see plentiful evidence of this.

Coker Engineering in Taunton does high volume work in hard materials and has invested in a DMG MORI NZX 2000 triple turret machine to handle some big batch work, which has proved why high capacity machines are now essential for subbies serious about aerospace, says managing director Giles Throup. “This machine can run 18 to 20 hours a day, making prismatic parts not conventional turned parts, with a minimum amount of manual input. With 12000RPM on the driven tool, we run end mills on this harder than on some of our VMCs,” he adds. The company also bought a DMG MORI NX4000 with an RPS pallet changer. “We soon had it clocking 120-hours a week, but it only requires 15-20 hours of labour per week,” Giles says, a point echoed by Rab Duncan at Contract Solutions, a subcontractor in Cupar, Scotland.

The busy firm bought a new multi-pallet Matsuura MAM72-35V-2 for increased capacity. The winning point for the MAM72 is it can take five or six jobs at the same time, with storage space for many tools and several pallets per job. Unlike its other Matsuura machines, which can run 24/7 with automated loading, the MAM can process several different jobs in sequence with no manual intervention. These advanced machines are helping companies with skills shortages. The MTD video on this story, paraphrasing Rab’s comment “Manpower in Scotland is an issue, we had to automate” has received over 2,200 views, showing that this point is a hot topic.

Business was dominated by uncertainty during 2019 with political inertia over Brexit forcing some companies to hit the investment brakes. However, AE Aerospace opened a new 16,500ft2 factory at Network Park, Birmingham in July, and has spent £1.25 million over 12-months on six new Mazak 5-axis machines. Peter Bruch, managing director, comments on 2020, “Following the General Election Result, we now have a parliament that “works”, we also have “certainty” that we will leave the European Union on the 31st January 2020 and enter trade negotiations.  Although it isn’t yet certain when we will complete the transition period, there does now seem to be a plan and it is unlikely that Parliament will descend into the tactics of the past 3.5 years.” Peter expects a big increase in demand and investment as a result.

On trade, Peter adds, “The aerospace industry is generally tariff-free, and won’t be adversely affected by a move to WTO rules in the event that a trade deal with the EU can’t be signed by the end of 2020.  However, in the absence of a deal being signed, it is very simple for both parties to agree a “no tariff – no quota” deal based on everything we currently do.  The only barrier is the political will to make this happen.”

Get used to new materials

The biggest trend in manufacturing in aerospace is light-weighting to reduce fuel burn and build costs and a key pillar of this is new materials. Titanium is strong but expensive and it’s also wasteful to remove up to 95% of material from a billet to produce a machined part, even with swarf recycling. Universities and companies are working on new alloys and materials all the time. The BCAST Centre, for liquid metal research at Brunel University, in November hosted a conference on aluminium for aerospace and it believes the evolution of new aluminium alloys is essential for the aerospace industry. It said “there is scope to expedite this evolution through cross-sectoral knowledge transfer using materials development and process optimisation, with the automotive industry manufacturing processes and technology becoming increasingly relevant in the context of increased aerospace production rates.”

Additive manufacturing is getting more mainstream and UK-based researchers are perfecting methods for making very large aerospace structures. In 2019 Cranfield University’s Welding Engineering and Laser Processing Centre won a £6 million EPSRC grant to develop the next generation of “Directed Energy Deposition additive processes”. The project target is to manufacture at 8kg/hour net shape in titanium, to a specific shape with no post-processing and proven full integrity. “The build rate is nearly one order of magnitude higher than current AM techniques, and uses our novel patented Multi Energy Source concept,” says centre lead Professor Stewart Williams.

Outside of metals, composite materials are likely to have a big 2020 as the aerospace industry seeks to use more of these lighter but strong materials in airframes and parts. Subbies that can fabricate in both metals and composites, ideally with some additive capability, and can deliver quickly, are well-positioned for aerospace in the medium term.

What should COP26 be prioritising...