Late Payments & The Missing Billions – How Much Are Delays Really Costing You? 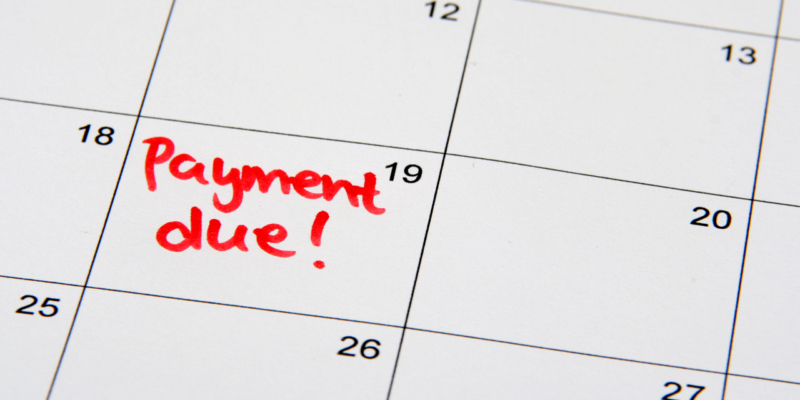 We’ve all been there. Another successful project installed at a customer’s site. Another fantastic product delivered in good time. But while your customer reaps the benefits and makes the most of the hard work done by you and your staff, you’re still waiting for payment to land.

From your self-employed contractors, to multi-million-pound conglomerates, companies of all shapes and sizes face the relentless task of picking up the phone or composing an email, chasing payment to be made and usually referring to previously agreed payment terms.

This isn’t chasing like a predator chases prey though, this is like how a one pining lover chases another, both are interested, but one is making the other do the leg work.

It’s no surprise then, that a 2018 report produced by the European Commission estimated that the annual administration cost of SMEs chasing late payments is £8.8bn. The report goes on to suggest that with regulation, in 2017, some 6.5 million jobs could have been created if there had been less late payment.

In a nutshell, late payment is a nuisance that all businesses face whether you’re an SME or self-employed. It can lead to cash flow issues, income loss, slow growth and even an inability to increase staff numbers. In turn, that can result in lower GDP, rising unemployment and even in the worst cases scenarios bankruptcies, all influencing the economy.

So, what can be done to ensure late payments become a thing of the past?

Believe it or not, there is actually EU Legislation to try and combat late payment, while the UK also has the Late Payment Act, which allows interest to be added to late payments; but both are still not really enough to protect creditors, particularly those SMEs working with huge corporations.

Germany is one country that has taken the initiative a little further. In 2014, they expanded on the EU directive, making any period of payment exceeding 30 days from invoice void while an additional 9% interest can be added onto current rates if payment is still late. And it seems to be working.

Germany has seen a rapid decline in late payment, so much so that numbers in 2017 show that on average, German companies are paying 2 days earlier then they need to. While the UK’s has dropped since 2012, it’s still giving an average of a day late. But late is still late, and when you’re taking about a matter of life and death for companies, it all makes a difference.

So, what’s the point of this? Well, we’re calling on more strict legislation to protect SMEs during this difficult period and beyond and want to ensure that companies stay open and staff remain employed.

While the 2018 EU report suggests UK companies have been asked about stricter legislation, the general consensus was that “a legislation setting specific payment terms would interfere with markets, the freedom of contract, and recognition that payment terms differ across sectors and products.” But times are different now. Every penny and pound counts.

We’re asking for rewards or penalties. They should be a government incentive encouraging business to pay withing agreed terms. Perhaps a reduction in cooperation tax. And there should be punishments, maybe an increase in tax on late payers if the agreement is flouted. If there’s a dangled carrot, even the most satisfied of mules are going to reach for it.

While platforms such as Creditsafe, Dun & Bradstreet and others exist for creditors to be able to see the grades of customer’s timeliness of payments, they’re usefulness stops at merely being an interpreter of data. At the end of the day, you’re not going to say no to business simply because information tells you one thing. That’s why incentives can make such a huge difference, being positive for both parties.

When we’re out of this societal crisis, companies are going to be relying on the word of their customers, if a single payment is late, that could mean the difference between staying open or shutting down. Pay on time, allow for positive cash flow, and get Britain moving again. We need confidence that government is backing us all. Protecting business for the traumas of late payment might just be the tip of the iceberg.