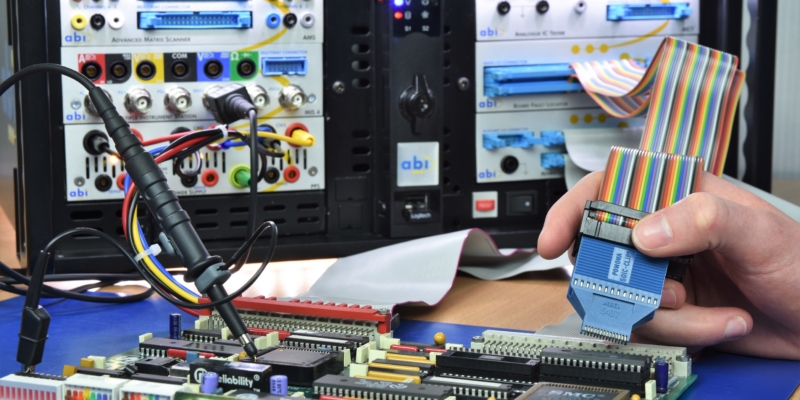 ABI Electronics has recently closed major deals with leading organisations in Mexico and Brazil such as GE Renewable, LATAM Airlines, Owen-Illinois, Döhler, Fimex, Rassini, and others. The recent deals represent a big step for our Yorkshire-based company.

We have expanded our presence in Latin America and the Caribbean region by working with organisations that are now reducing industrial E-Waste (electronic waste) through repairing and reworking circuit boards thanks to ABI’s high-tech products.

Keep reading as I touch base on the three key areas of Clean Growth – Recycling, Reuse, and Reduction – while giving insights on how other UK firms can expand to these vibrant and promising markets.

As you are likely aware, recycling is the process of converting waste into new materials and objects. Due to the number of different materials in electronic equipment, however, recycling is often a complicated and time-consuming process. In addition, discarded devices of this sort are more likely to pollute the soil during the storing and shipping stages, so when it comes to electronic equipment, recycling is generally the third-best option. Furthermore, research indicates that only 30 to 35% of metals used to produce a single electronic circuit board such as gold, cadmium, copper and nickel, can be recovered. The focus should therefore be on repair and reuse: the most effective ways of reducing E-waste.

ABI focuses on producing hardware and software tools to deal with industrial electronics of any kind, brand, or age, meaning products that serve in manufacturing, energy, aviation, rail, and military sectors – among others. We believe that circuit boards should last way beyond their first breakdown and for this reason, we created a global initiative called “Repair, Don’t Waste” in 2015 that now includes hundreds of top national and multinational businesses like Collins Aerospace, Lockheed Martin, LEGO, Schindler Elevator, Samsung, to mention just a few.

For countries in Latin America and the Caribbean, getting a replacement shipped in or temporary exporting electronic assets for repair can be very expensive. It is well understood that the region consumes more advanced technologies than it produces and as such, companies and governmental organisations require that these assets are repaired and maintained locally to save time and money.

This scenario represents an opportunity for ABI Electronics because the company is specialised in developing a high-quality range of electronic test, fault-finding, and repair equipment that require minimal training and are easily implemented.

The recent contract between LATAM Airlines and ABI Electronics in Brazil guarantees the delivery of the first universal electronic diagnostic unit BoardMaster to the country’s Maintenance, Repair & Overhaul (MRO) facility. By doing so, avionics are being repaired rather than replaced, which reduces e-waste and drives sustainability.

A similar project was developed with GE Renewable for the up keeping of wind turbines that became a case study within the business leading to the ABI solutions being implemented in several countries around the world.

In Mexico, the tier 1 automotive manufacturer, Rassini is benefiting from ABI’s technologies to maintain automation assets used in the assembly line. In a similar way, glass-bottle giant Owens-Illinois has drastically reduced machine downtime and costs by repairing vital technologies powering the “hot zone” in one of its manufacturing sites in Brazil.

Over the years, ABI Electronics has had a direct impact in stopping truckloads of electronic circuit boards from ending up in landfills across the world, reducing pollution and the need for mining as well as helping to produce and source fewer new replacement electronic circuit boards.  Just to give you an idea, the processes of producing and sourcing new equipment release 85% more CO2 compared to the local repair of the same circuit.

How DIT can help you

DIT’s support has been crucial for ABI Electronics and the relationship created many new opportunities for our company in the region.

Through 1-2-1 advice and in-market support from the DIT team, we have had a positive economic and social impact in the region for thirty years, joining trade missions and meet-the-buyer events to connect to key players and industry experts.

It is continuing to be an incredible journey which has reshaped our business for the better. The recent deals with LATAM, GE Renewable and others demonstrate that the sky really is the limit for UK companies in Latin America and the Caribbean.

Contact the DIT team in Latin America & Caribbean and discover how they can help you.

ABI Electronics has been designing and manufacturing innovative solutions in the UK for the electronic test and maintenance industry since 1983. Website: www.abielectronics.co.uk