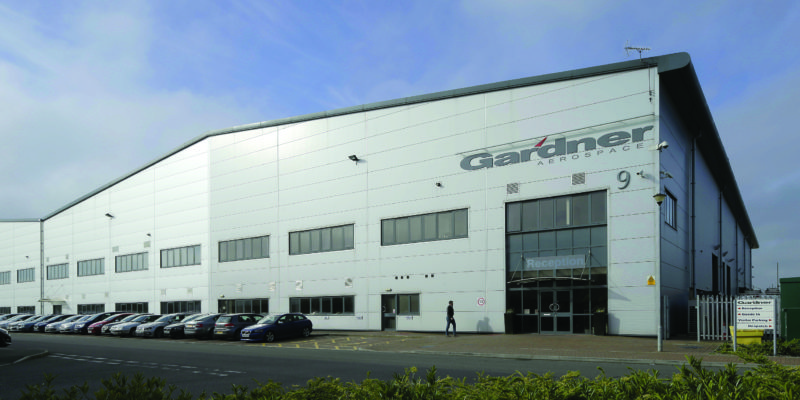 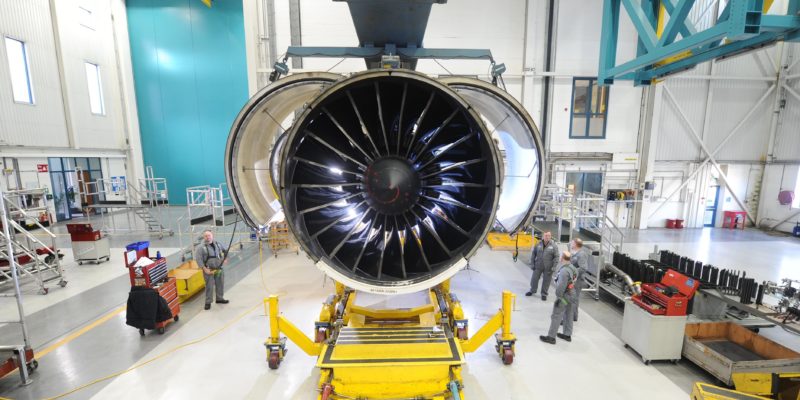 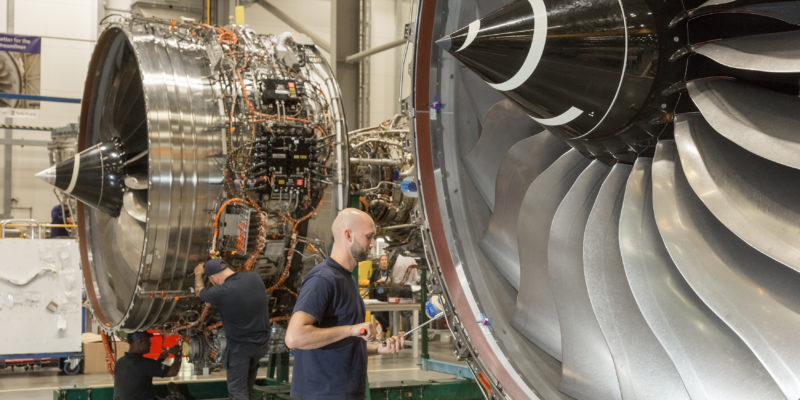 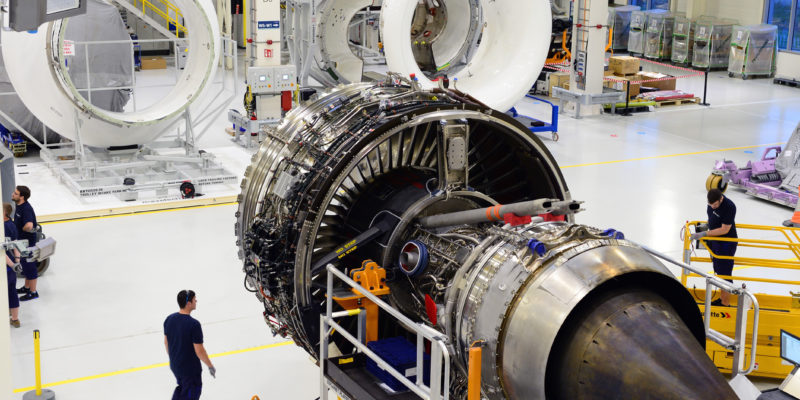 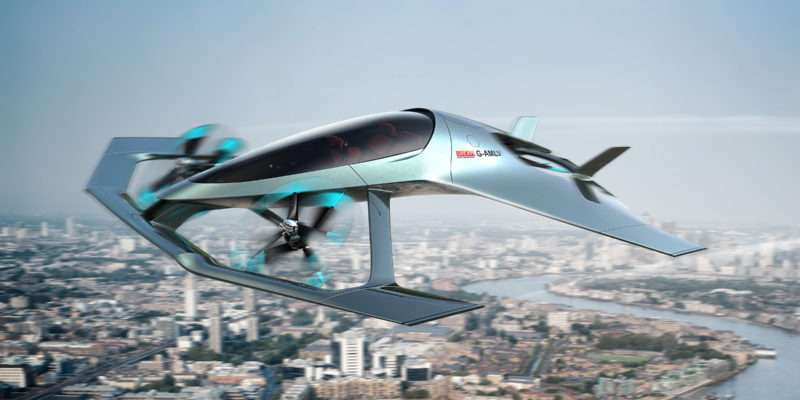 A few years ago, US industrial Pratt & Whitney did not have any suppliers in the UK for its geared turbofan engines for civilian aircraft. That has recently changed, and the world’s second-biggest manufacturer of aero engines is building a supply chain in the UK, mainly the Midlands, driven by demand. Its one example of change in the global aerospace industry that is seeing previously rigid structures and partnerships loosen. Volumes are up for many prime contractors of civil and some defence aero-engine programmes, and these primes are going further afield for suppliers and the UK can benefit.

In the UK, the big aerospace programmes driving growth include the Airbus A350 XWB aircraft, production of which is rising to 60 per month – until recent years, an unachievable rate. Many UK companies are in the A350 supply chain, from Amari Aerospace in Southampton for metal and alloy stock, Fine Tubes in Plymouth for high-pressure hydraulic tubing, to IPECO in Southend for crew seating and galley inserts and Bromford Industries in the Midlands for landing gear components. Boeing has huge order books too, of course. The US majors spend over £2 billion with UK suppliers each year, including Rolls-Royce, which builds one of two engines offered on the 787 Dreamliner, the Trent 1000. This engine family gave Rolls-Royce in-service problems in 2017 and 2018 but these are largely being resolved now, mainly through redesigning the affected parts and the company expects a strong 2019 for the Trent 1000. In October 2018, Boeing opened its first UK production facility in Sheffield, where it is developing a local supply chain to build components for actuators on the 737 Max aircraft. Although the investment is modest, and partly reflects recent Ministry of Defence contracts awarded to Boeing, the fact that the world’s biggest aerospace company now has an industrial footprint in the country is symbolic. There are rumours of a second Boeing factory in the UK. In 2017, GE Aviation in Nantgarw, Wales, won the contract to service the GE9X engine – the world’s biggest jet engine – with help from the Welsh Government and this along with other engine overhaul work should secure Nantgarw’s future for several years. Based on several assumptions, the macro-economic growth picture helps to secure companies supplying civil aerospace programmes prospects, and jobs, in the medium term. The assumptions include that firms must have the necessary standards and capacity to reliably supply these massive, demanding customers. Dr Andrew Mair, chief executive of the Midlands Aerospace Alliance, believes the growth of global aerospace will negate the Brexit effect. “The macro trends are so strong that we do not expect any medium-term impact from Brexit at all because of the growth in volumes and strength in the [aero] supply chain,” he says. “Therefore if suppliers can invest in their production they can win new contracts.”

As well as big global primes that previously sourced components close to home, like Pratt & Whitney, outsourcing to the UK, two other phenomena are benefiting UK suppliers.

One trend is more dual-sourcing, where a prime contractor sources its engine and control systems from more than one supplier where before typically it chose one. For example, Airbus is now working with both Rolls-Royce and Snecma in France on its A350 engines. These new engine contracts to Snecma means ramp-up, which can benefit the UK. “Snecma has normally bought components from French suppliers but to guarantee its supply chain it is now buying some of its parts from British companies, bringing new opportunities,” says Andrew Mair.

And the Midlands Aerospace Alliance is also seeing a trend for long-term contracts. Pratt & Whitney, for example, wants to secure suppliers for reliability so is offering five and in some cases 10-year contracts to some UK firms, which is rare in aerospace. As aircraft production rates ramp-up, of course, suppliers benefit. Bromford Industries in the Midlands, also with production sites in the US and India, has benefited from this growth, supplying large landing gear components and complex medium to large prismatic and annular components for civil and military aero gas turbines. Its Birmingham facility machines big torque links, articulated links, retraction links and associated assemblies for landing gears on several Airbus platforms as well as the Eurofighter Typhoon. Acquired by aerospace private equity firm Liberty Hall Global Capital in 2016, Bromford has a growth strategy. This has led to the accumulation of 11 Okuma machining centres in Birmingham, the highest number in one shop in Europe, as well as a Flexible Manufacturing System (FMS), lights-out manufacturing capability featuring three Mazak VariAxis 630-5x machining centres interlinked with an automated 30-pallet system. “The next step at Birmingham is a robotic line to feed and collect machined parts automatically, the first stage of which will be implemented by mid-2019,” says group business development manager for aerospace, Peter Griffiths.

Hi-Tech Aerospace Components manufactures what its name says, specialising in electrical discharge machining (EDM) in both wire and sink EDM and fast hole drilling. Managing Director Bob Duffin says Brexit is concerning but the company is still investing in a new EDM and CMM measurement machines due to new orders. A second tier supplier to Rolls-Royce, Hi-Tech is NADCAP accredited for EDM parts which it supplies to tier one companies from Coventry to Thailand that supply sub-assemblies to Rolls-Royce, and also has a Formula One manufacturing business. Bob says companies are reasonably upbeat despite Brexit. “Most of our suppliers are very busy, which has a positive knock-on effect,” he says. “Our Thailand customer supplies the Trent engine programme which was problematic in 2017 and last year, so we had a reasonable lay-off from Thailand for a few months, but that seems to have stabilised so we’re now busy again,” where he adds that orders have been placed through to September 2019.

The continual purple patch in aerospace is, of course, attracting more sub-contractor firms. Desman Engineering is a versatile sub-contract CNC machining company for large and precise components, manufacturing for the marine, water, pumps and general engineering sectors, that has recently started exploring aerospace work. In mid-2017 it achieved the AS9100 Revision D standard. Its size capability is a USP, as it manufactures components from 50mm to 2.5m diameter, says Assistant Production Manager Mark Freeman. “We specialise in larger components up to 2.5m diameter, in materials from cast iron, SDI, aluminium alloys and have experience in stainless, nimonics, and titanium.” Mark says the growth of the sector has attracted Desman to aerospace, initially to help a tier one or two with over-capacity in basic components, and specifically in boring and milling of large >1m components.

Buckle up, seating on the rise

Aircraft interiors are enjoying strong growth, where the UK has historical strength, especially in Northern Ireland. Seating manufacture is driven by rampant demand for single-aisle airliners, particularly in Asia, where new consumer expectations on comfort, ambience and connectivity are driving faster cycle times in premium cabins. A seating company can enter a supplier programme within two to four years, unlike the five to 10 years it can take to break into engines, controls and mission critical parts. One aircraft seat in every three produced in the world is built not just in the UK but in Northern Ireland, According to Invest Northern Ireland, with Thompson Aircraft Seating, founded just 10-years ago, a rising star in business- and first-class seating.

More seating companies have entered aerospace from the automotive sector and the innovation is being driven by light-weighting technology and design, two things the UK has abundant expertise in.

Clouds on the horizon

China’s growth in the last 20-years, before the 2008-9 financial crisis and definitely since then, has had a disproportionate effect on the world economy. Look at Jaguar Land Rover, whose amazing performance would be a far more modest story without demand from China’s surging middle class. China’s slowdown is likely to be the macro cause of any contraction in the aero supply chain, and people working in the aero-sector need to watch China – its not only Chinese airlines but the airlines that serve China for both passenger and freight. “[With more Chinese slowdown] We won’t get a recession but a slowing down of growth,” says the MAA’s Andrew Mair. “The ramp-up rates of 50 or 60 aircraft a month will stabilise and not rise further.”

Meanwhile, a “bad Brexit” – specifically a No Deal – would certainly not ring the death knell for UK aerospace. For this, most international and political of industries, many long term institutions, such as the future of Airbus’s wing manufacture in the UK, will largely rest on how the UK finally makes its break with Brussels, and its new relationship with both the EU and the rest of the world.