Covid 19 – Why Now’s the Time to Buy British 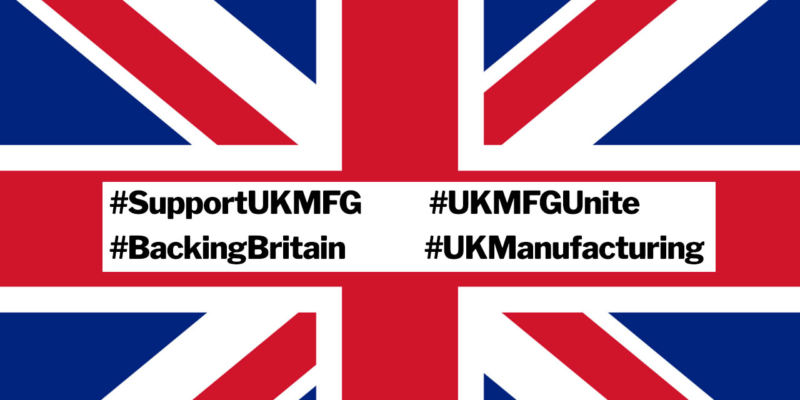 We now have a clearer idea how the government intends to support a number of industries as lock down begins to ease, but one glaring omission is any mention of manufacturing.

Rightly so, hospitality is receiving essential support from VAT reductions and restaurant offers, but what of those working in manufacturing? A study by Make UK, published by The Manufacturer puts manufacturing at 11% of Gross Value Added (GVA) and accounts for 45% of total exports, whereas hospitality contributes to just 5.9% GVA

This isn’t the time for finger pointing, and as we eluded too, hospitality needs support as much as any industry, all we ask is for support so manufacturers can look to ride out the wave as well. Let us know your thoughts in the comments below.

350 billion pounds. That’s how much the Government will use to shore-up the economy and save businesses in this time of uncertainty. £350,000,000,000.
That’s the GDP of Denmark, or roughly 10 times that of Latvia. Roughly speaking, to earn that much money, someone would have had to have given you 2p for everyday planet earth has existed (that’s over 4.5 billion years). To put it bluntly, that’s a hell of a lot of money, a huge counterweight to steady the shifted societal scales caused by this pandemic.

And no matter what side of the political spectrum you fall down on, it’s certainly an honourable (though essential) move by the government; not only protecting the livelihoods of so many hard working people, but to try and protect the livelihoods of future generations, too.

However, nothing in life is free. Something we in business know too well.

That’s why, while we can laud the Government’s necessary move, we must consider the ways in which that quantity of zeros is to be repaid. As an article in the London Eater states, regarding the effect on restaurants and pubs (and therefore other businesses) “[…it] still represents loans, and loans need paying back, with interest.”*

So how will it get paid back?

There may be an obvious hike in taxes that we all rue when we come to opening our envelopes at the end of the month, perhaps an increase in VAT too, but something that Philip Inman in the Guardian suggests is that “self-employed people, usually lauded as the lifeblood of an entrepreneurial economy, will need to pay the same as those on PAYE”.**

Whatever it is, the reality is we will need to pay it back, after all, “nothing can be said to be certain except death and taxes”. But this is where all of us, as manufacturers, can step in. Now’s our time to look closer to home for all things manufacturing and keep it British.

This isn’t political rhetoric. Far from it. It’s economical rhetoric. As recently as the late 1970s, manufacturing spoke for as much as 25% of GDP, but fast forward to 2020 and the bizarre dystopian days we live in, it’s down to just 11%.*** Our factories are shutting, engineers are retiring, and young people don’t see it as an exciting or glamourous industry to be part of.

But we can change that.

Campaigns like Made in The Midland’s Backing Britain, and Support UKMFG are championing everything made on our tiny island, as are organisations like Make UK, and now is the time to get behind them.

This is your call to arms manufacturing. When the scale tips back in society’s favour, when we have the freedom to visit our friends, see our relatives, go to the pub and eat out, we’re all going to indulge. So why not indulge in manufacturing?

When you’re back at your desk, out of your pyjamas and finally away from your kids, ready to kickstart the industry; before looking to your global solutions, look nationally.

To get out of this together, we must work together. Working together creates jobs, jobs creates wealth and wealth brings spending. We’re on a knife edge currently now is the time to act. Look local and back Britain. Let’s get manufacturers working again.