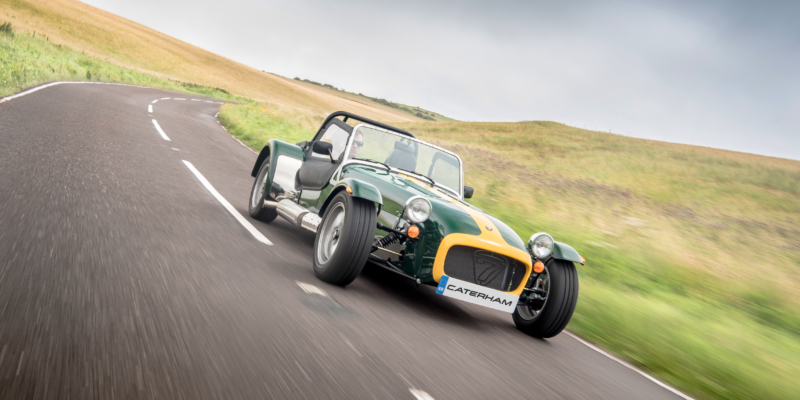 The British have always been good at sports cars. While high volume car brands like British Leyland and Austin Rover have been consigned to the history books, names like Morgan, Lotus, Caterham and Lister hold a global reputation for well-built, British, two-seated driving heaven.

Look deeper into the niche vehicle industry and you will find far more than a handful of car makers with a racing pedigree, however. From the micro, carbon fibre-framed Axon Automotive concept car to Jaguar Classic Works, the spin-off firm rebuilding classic Jaguars from the 1960s on, including the XKSS and E-types, and some new electric sports car models, UK niche automotive is an inventive, fluid and exciting sub-sector of manufacturing. Automotive body SMMT says the specialist car manufacturing sector is worth £3.6 billion p/a and employs over 11,000 people.

The segment is also both preserving craft skills and investing in new technology, such as the switch to electrification and new methods of forming and bonding metal alloys and wood to keep weight down and allow higher speeds. Racing car company Lister manufactures replication two-seater sports cars using the same machines, tooling and even some of the same people as the original company founded by Brian Lister in 1954. Who said engineers want to retire?

David Brown Automotive (DAB) in Silverstone hand-builds exquisite and throaty coupés, with an Aston Martin pedigree but with US-Chevvy Corvette style grunt. The Speedback GT Silverstone has a 5.0-litre supercharged V8 that can produce 601bhp.

Each car is built using thousands of man hours of labour and prices start from an eyebrow-raising £600,000, reaching north of £750,000 for the fully specced Speedback GT Silverstone Edition. DAB also makes reproduction original Minis, and the new Mini Remastered Oselli Edition is its latest model. The Minis cost around £75,000 and are currently popular with Japanese and Hong Kong buyers, “who have a fondness for high quality British, especially English, products,” says a DAB spokesman. There are no public plans for an electric powertrain version.

Cars made by Morgan Motor Company are the quintessential English two-seater classic sports car. Morgan is 110-years old and still builds its cars from the same workshops, built on a hill, in Malvern Hills, Worcestershire. It currently produces five models, from the £82,000 flagship Morgan Plus Six with a CX-Generation aluminium platform, 3.0 litre turbocharged BMW engine / eight-speed automatic, to the c. £40,000 3-wheeler with 2.0 litre V-twin S&S engine. Production in 2020 is forecast for 900-1,000 units.

Morgan has developed bonding technology to house powerful engines in the strongest but lightest chassis. The aluminium platform is bonded and riveted in a method perfected over decades, then the ash wood frame is bonded to this and finally “superformed” panels are placed over the frame. The aluminium chassis has double the stiffness of the Aero 8 model but is much thinner, reducing weight to a tiny 97kg.

Toby Blythe, head of marketing says, At Morgan skilled craftspeople apply time-honoured techniques, and natural materials such as ash wood and leather, but at the same time, you’ll find bonded aluminium platforms, superformed panels, BMW powertrains and 3D printing. The Plus Six, launched in 2019, represented a new era for Morgan, and has received a glowing reception and increased demand. 2020 marks a very important year for Morgan too – it sees the end of our steel chassis, as well as the launch of an all-new model.