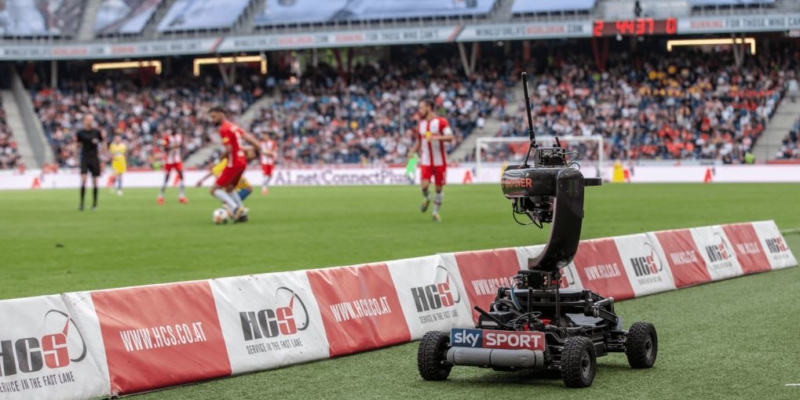 When the launch of a new product line made film equipment manufacturer Motion Impossible migrate from spreadsheets to an ERP system, the team decided to implement MRPeasy with no external consultants.

Motion Impossible is an apt name for a company that produces hi-tech dolly systems for the film and TV industry. Although movement is a key component of film-making, many of the tools used for moving cameras have not evolved in decades. Bringing robotics to TV and film, Motion Impossible provides filmmakers with unique, modular camera dolly systems that are fully stabilized and remote-controlled. Perhaps even more excitingly, Motion Impossible’s designs breathe life into the new world of Virtual Reality filming where the traditional tools simply do not work, and the opportunities for creating deeper and more immersive experiences are being conceived every day.

Fun Fact: Motion Impossible’s AGITO model can accelerate from zero to 30 mph in merely three seconds and has been used, for example, to film alongside a sprinting cheetah for BBC One’s “Big Cats”.

Even though the products Motion Impossible creates have always been highly complex, up until 2019 they were using spreadsheets to manage all of their supply chain, inventory, and production data. With the launch of a new product line that had significantly more intricate requirements for manufacturing, they realized they needed to look for an ERP system.

“We needed a better way to handle it – the complexity of our new product compared to the older models was overwhelming for a spreadsheet-based system,” says Andy Nancollis, the co-founder and Chief Design Officer of Motion Impossible.

There was one obstacle: no one in the company had any experience with ERP systems.

Nancollis took it upon himself to find out what the best solution for their specific needs was. To do so, he conducted a thorough online investigation, evaluating multiple solution providers before making the decision. The requirements set by Nancollis and his team were quite simple: the software needed to be cloud-based, offer strong inventory management and Bill of Materials functionalities, and be uniform in the sense that it would fit the business without the need for any special customization.

“The cost was a big factor as well – most ERP systems are big and quite expensive and so MRPeasy stood out from the start,” Nancollis says. “While very affordable, it still manages to offer everything we need, and with plenty of room for us to grow into the software. This seems to be quite unique to MRPeasy.”

Learning to use an ERP system from scratch

With no previous experience in the realm of ERP systems, Nancollis and their Operations Manager, Lyndsey Crossing, started to implement MRPeasy on their own, with Crossing at the helm. The first phase of the process revolved around putting data regarding the company’s inventory, bills of materials, suppliers, costs, etc. into the system.

“Lyndsey had never used an ERP, either, but she has done a terrific job learning on the job and we are very glad of what we have achieved so far,” Nancollis explains. “It’s an ongoing process, and a gradual one at that, but as a small company, we knew we were not going to jump from nothing to full implementation all at once.”

Although as for now, Motion Impossible is using MRPeasy for inventory control and BOM management, they are already looking further, planning to start using more of the system’s production planning capabilities, as well as its barcode inventory system. Additional software such as Xero and Pipedrive is also on the table, thanks to MRPeasy offering integrations with both.

“Right now we have two people constantly using the software – Lyndsey from the production side and another person from research and development who is populating the inventory information,” Nancollis details. “The next step is to reassess our user base because we are going to have to push the software out across production more widely. We are planning to double the number of production workers in the next few months so we need to scale up the use of the system as well.” 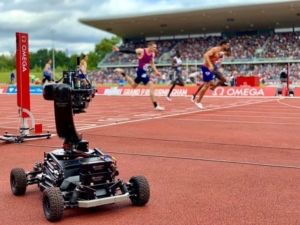 A silent partner to lean on

Nancollis finds that there is nothing that would speak better about the usability and user-friendliness of their new ERP system than the fact that they feel comfortable exploring it by themselves, using the support materials available on the software provider’s website. This argument is propped up by the fact that their implementation lead has never said she could not figure something out on her own and has never had to ask for help.

As to the benefits that the new system provides, Nancollis describes it as a support system that is working in the background, unnoticeably supporting them at every step.

“MRPeasy is like a silent partner for us; we don’t always realize how much we are leaning on it,” he says. “But we just couldn’t do a job without it, as it provides us with all the accurate information we need for the products we build. It also helps us find holes in our process and fix them.”

Still lots to be discovered

Even though the company has not yet implemented MRPeasy at its full capacity, they are happy to recommend it to other manufacturers, as the software has worked well for improving their processes so far.

“We haven’t even scratched the surface of what MRPeasy can do, but we are very excited about exploring it further,” Nancollis remarks. “I really do not have anything negative to say about it and I would definitely recommend the system to other SME manufacturers as well.” 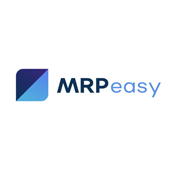