After 50 years of tyre production and 300 million tyres produced, Michelin’s Dundee factory closed in 2020, in a move that will see the site repurposed as an innovation centre for fledgling and growing businesses. To aid decommissioning, AIS Vanguard has completed a nine-month programme strip out redundant machinery and assets with a combined weight in excess of 2,400 tonnes. The wide-ranging project also included demolition of six of the site’s 14 buildings, including responsible disposal of 8,000 tonnes of demolition waste and all works were carried out during the pandemic, incorporating health and safety best practice.

The initial brief for AIS Vanguard was to remove two redundant tyre manufacturing lines while the tyre factory was still operational. As Michelin’s needs changed and the decision was made to close the plant before any decommissioning work began, the AIS Vanguard team revised the plan, including the method statement and risk assessment for the project, phasing the project to include all decommissioning, asset removal and demolition works.

Although the site is very large, the AIS Vanguard team had to plan the decommissioning project around Covid safety best practice and create work bubbles with dedicated transport to site and welfare facilities for each bubble. As the project required multi-disciplinary skills and the skills and equipment needed in each location changed as the project progressed, this added a layer of planning complexity requiring a structured but agile approach to scheduling and safety.

The site was split into two zones, with AIS Vanguard working as Principal Contractor and Principal Designer for both locations, including full CDM responsibility, safety management and site security. Activity for both zones was delivered simultaneously.

Six buildings were demolished, including a tank farm, a solvent store, two production facilities and a boiler house, along with a 55m chimney stack. A number of canopied link bridges between buildings, containing services and conveyors, also had to be removed and conserved for future use and a c.500m pipe bridge was dismantled.

Some of the redundant production equipment, which had been assessed as too uneconomical to remove by hand, was also demolished prior to removal from site.

The AIS Vanguard team decommissioned and removed a variety of equipment from site, ranging from overhead conveyors to large mills and roll beds. Some of these assets weighed in excess of 70 tonnes and the AIS Vanguard operatives utilised a variety of lifting gear to carry out the project, including various fork lift trucks, MEWPS, Valla cranes, Ormig pick and carry cranes, Versalifts and a 400T Gantry system.

Where the assets were too large to be removed whole, the AIS Vanguard team mechanically dismantled them where possible and flame-cut large sections to enable removal where necessary.

The Right Team and Tools

A briefing was carried out on a daily basis to ensure the whole team understood the planned schedule of works for the day and that safe working procedures were maintained. At the peak of the project, 35 members of the AIS Vanguard team were on site, ensuring the right expertise and supervision to get the job done safely and efficiently. 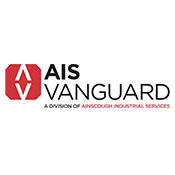 AIS Vanguard is a proud member of the FactoryNOW initiative

At AIS Vanguard, we plan, manage and implement projects to relocate and install machinery and equipment, getting it to where it needs to be, when it needs to be there. Specialists in heavy and technical lifting, logistics and installation, we provide much more than equipment hire.